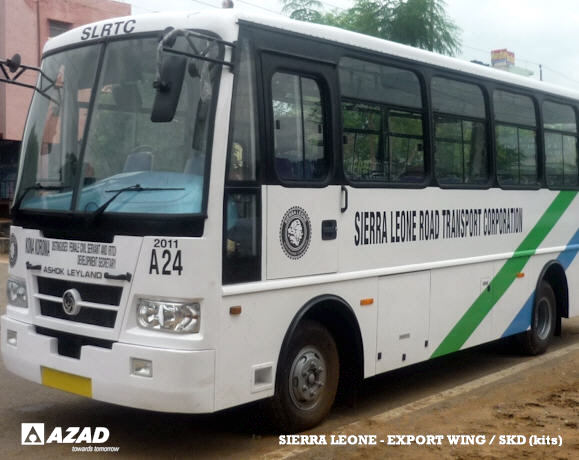 Freetonians, particularly the hundreds of thousands living in the peri-urban areas, who daily face huge transportation constraints shuttling to and from work, business and “dregging” in the city wonder why at a time when the COVID- 19 curfew has imposed on them added transportation constraints, the Sierra Leone Roads Transport Corporation (SLRTC) can pack all the people’s buses at a time when they should be on the roads helping to ease the transport challenges that tens of thousands of poor ordinary dwellers living in the growing western urban and rural communities face.

SLRTC’s buses on the roads, the people say, would not only be contributing daily, tens of millions of Leones, to revenue generation for the Government at a time when NRA reports a fall in revenue generation by over 3 billion but also keep many people virtually laid off by the Corporation in employment.

Affordable public transportation in the western area, which is the powerhouses of the economy and now host close to, if not more than two million people, cannot be overstated.

Whilst the social advantages of public transport are well known, the economic benefits, particularly for Freetown are incalculable.

Efficient mobility in the capital city creates economic opportunities, enables trade, facilitates access to markets and services and makes efficient use of resources.

It must be understood by the New Direction Government that public transport is a major contributor to both national and local economies through the diverse range of skilled, high-tech jobs that it offers directly. SLRTC, if it expands its services to meet the growing need for affordable transportation can not only provide much needed direct and indirect jobs but will also greatly boost the Government’s revenue drive.

Investments such as these can also provide up to twice as many local jobs compared to investment in other areas, such as roads, due to their complexity and thus the variety of competencies required.

While large-scale public transport investment projects are undoubtedly expensive, they are actually significantly less expensive than the direct cost of congestion, which can seriously harm the cities’ competitiveness, affecting travel time reliability and business productivity.

Public transport networks and infrastructure also play an essential role in the ‘global appeal’ of a city, as cities that are easy to move about in are consequently more appealing to businesses and tourists alike.