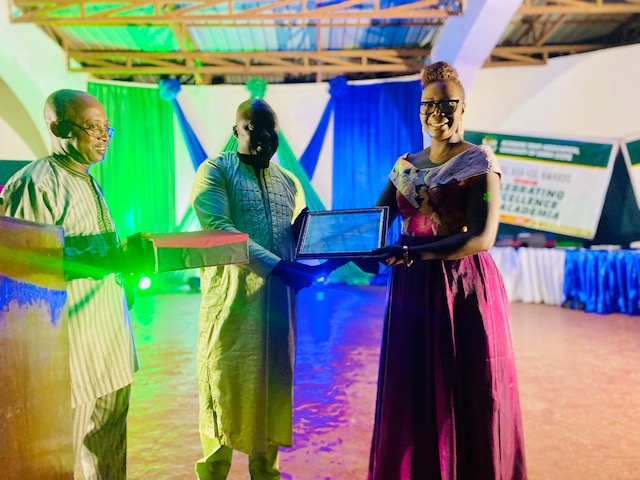 In recognition of their dedication and outstanding performances in carrying out their academic duties within the University of Sierra Leone for the academic year 2020/2021, the Academic Staff Association, University of Sierra Leone has on Friday 1st April, 2022 held its annual award ceremony on the theme: “Celebrating Excellence in Academia”. The award ceremony was held at the Adjai Crowther Amphitheatre on Fourah Bay College in Freetown.

Speaking during the ceremony, the President of the Academic Staff Association, University of Sierra Leone, Dr. Williette James described 2021 as a year of far-reaching changes and difficulty yet necessary decisions aimed at the transformation of the ASA- USL were made, adding that during the start of 2021 members of ASA-USL were facing an uncomfortable financial position, salary uncertainty, and severe challenges from the Covid-19 Pandemic all threatening the educational landscape and performances.

“As President of ASA-USL, my role then was to identify and describe those challenges and difficulties to you with the utmost clarity and transparency and we were entirely confident and certain about the path we had to follow for the Association to successfully overcome those many challenges. With that goal in mind, in 2021, we had series of engagements with pertinent authorities in the USL and the Central Government on issues relating to salary adjustments as well as on issues that bordered around suitable learning environment amidst the said pandemic” she revealed.

She informed the gathering that the ASA-USL successfully achieved a 75% salary increase with a cascading impact on all sister universities such as the Njala University (NU), the Ernest Bai Koroma University (EBK) that stood firmly by them and took tough measures together all in lieu of achieving a common goal, and that together with their sister universities, they have, in 2021, made a thorough review of the previously deplorable Conditions of Service (COS) of both Academic and Administrative Staff of all Public Tertiary Institutions in the country which is currently an on-going debate by the courts of all concerned institutions.

The President pointed out that their next goal is to ensure that the new COS is approved to enhance better economic wellbeing of all academic staff, particularized to the University of Sierra Leone, furthering that they have set in motion plans and hope to keep up with their targets for actualizing the revised COS to a reasonable extent, more so as global fuel quandary keeps diffusing with a determination to achieving a desired outcome of their COS is what conjures up an image of working harder – wringing ever more output from our existing inputs.

“My Executive has laid the foundations for a future of orderly, sustainable and profitable growth in ASA-USL. We accordingly undertook ambitious range of structural actions and decisions through appropriate scheme for financial contributions of all ASA-USI members into the objectivity and transparency, ready for validation and implementation. These positive strides, ladies and gentlemen, should transform most of ASA-USL’s operational dimensions,” she disclosed.

On her part, the Chair of ASA Awards Committee, Dr. Aisha Fofanah Ibrahim, said that awards are often nerve racking and make a lot of them jittery and that the award ceremony has not been different, it being both-but they as a committee have ridden the tide and are confident about the process and outcome.

She further informed all that she knows as a Committee they did their best with the information that was available as much of the information needed was not available as nominations were scanty some department heads did not even bother to nominate lecturers and a host of other negligence mentioned.

She concluded by congratulating awardees and encourages them to keep the bar high and give their all to teaching, researching and community service as after all that is what they signed up for.

Delivering a keynote address on behalf of the Minister of Technical and Higher Education, the Deputy Minister of Technical and Higher Education, Sarjoh Aziz Kamara, commended the President of the Academic Staff Association for her leadership in organizing the event of which he described Lecturers and Professors as contributors to national development.

He stated that as a Government they have done a bit  in adhering to their demands by doing a 75% salary increase and that they aim to do more as conditions improve.

He implored that Fourah Bay College should continue to bear the touch so that it will continue to be the citadel of learning, furthering that university education has to remain relevant.

Sarjor Aziz Kamara congratulated all awardees and implored them to continue their dedication and outstanding performances in carrying out their academic duties within the University of Sierra Leone.

One of the awardees, Prof. Joe A. D. Alie of the History & African Studies, Fourah Bay College, expressed appreciation to the Academic Staff Association of the University of Sierra Leone for recognizing his outstanding performances towards the advancement of education in the country.

He dedicated his award to all those whose lives he has touched through education of which he further motivated other young folks to be committed and dedicated in whatsoever they are doing. 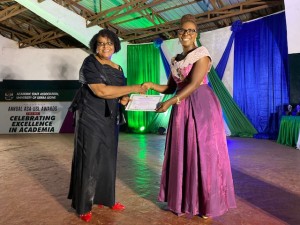 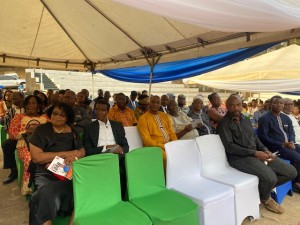 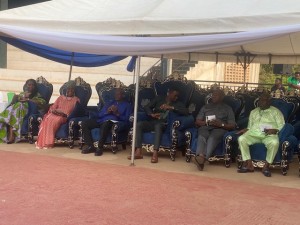