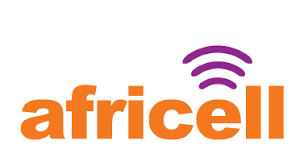 Contrary to a trash captioned “Who Destroyed the $25m Fiber Optic Cable?” in which the writer tried to insinuate that because of fear of competition, Africell telecommunications company is clandestinely trying to undermine the operations of Qcell, a thorough investigation mounted by this medium proved otherwise as it has been uncovered that it is a blatant and malicious lie and propaganda with no iota of any modicum of truth.

The fact cannot be disputed that the landing of the fibre optic cable is indeed very expensive project albeit its significance to improve and enhance telecommunications and therefore must be treated with utmost concern and protected against any untoward tampering. That should be the primary responsibility of the Government of Sierra Leone and by extension all sierra Leoneans.

Here is what the article states: “In the face of competition or for any other reason, it is now common practice to destroy the fiber optic cable connection and our investigations further reveal that Qcell continues to experience this problem from the time they commenced operations in the provinces. This practice has been going on for some time now and nothing has been done by the authorities to stop it.”

All that could be said at this material time is that it is just a mere figment of writer’s wild imagination to arrive at this conclusion or accusation which is totally bereft of any logical or sensible meaning other than a calculated ploy to bring the names of the two companies into disrepute.

Here again is another portion of his trash: “Mobile operators and their accomplices should not resort to sabotage in the face of competition but focus on fair competition.  Government has the responsibility to protect new investors like Qcell who have made a huge investment towards reducing the tariffs on both voice and data that was kept sky high by Orange and Africell. Sierra Leoneans let us not have short memories; Orange and Africell were charging Le80, 000 for 1 GB data until Qcell came into the market and slashed it to Le18,000 that forced Africell  to reduce it to Le10,000 with their Ya and Yo campaign. This is what the masses are yearning for. The people can no longer be fooled. It happened again recently when the fiber optic cable to Kenema was destroyed. The people are not interested in sabotage but fair competition and a level playing field for all players in the telecommunications sector.

The misguided writer must be aware of the fact that adjustments in prices of some of company’s products or promotions are dictated by the forces of supply and demand not as a result of fear of competition. Management of both companies are quite aware that in any business venture there is bound to be competition and it must be healthy.

The reality of the situation was recently laid bare by the Chairman of the Sierra Leone Cable Network (SALCAB), Sorie Fofana, when he expressed serious concern over exposed fibre cables along the Waterloo/Masiaka highway. He stated that the Management of SALCAB is doing everything possible to replace and rebury damaged optical fibre cables along the Waterloo/Masiaka highway.

According to the Chairman, they have written a letter to SLRA drawing their attention to disruption that the road works are causing to their networks.

Mr. Fofana noted that the ongoing road works at the Waterloo/Masiaka highway are impacting negatively on their operations due to frequent cuts on the optical cable. “This is costing us huge sums of money…Our clients are always complaining of disruptions to their services because of the frequent cuts on our cables…The frequent outrages are impacting negatively on our operations,”Mr. Fofana said.

It is serious to note that while the SALCAB Board Chairman, Sorie Fofana, is blaming the SLRA for cutting of the fibre optic cables, the misguided writer, who seems to be on a mission impossible, is wickedly trying to heap blames on the two telecommunications service providers. His mission will always fail.

Africell will not yield to any untenable distraction as the two are focused.

Currently, Africell is installing poles which are meant to be connected to the fibre optic cable with the avowed objective of improving telecommunications through its network. According to the company’s Media Manager, John Konteh, these poles they are presently installing poles are recent as most of the company’s operations is through the fibre more so for the internet.

Africell has been widely commended for its improved network, style of successfully conducting business and rolling out various promotions that had all and still positively impacting the economy and lives not only of its numerous subscribers but the bulk majority of Sierra Leoneans.

The secret behind the Company’s success can be largely attributed to the strategy of aggressive marketing and network roll-out. Aside from the growth in the subscriber base, Africell Sierra Leone major success is winning the hearts and minds of the people in a record time and to become an inherent part of the Sierra Leonean society.

It also goes without any doubt that the successes that the Company continues to score did not only materialize from the blues but came about as a result of the astute management team that is at the helm of affairs. As a result of properly strategizing and mapping out entrepreneurial techniques, skills, Africell has been able to grow by leaps and bounds.

To its credit the Company has made so much socio- economic inputs countrywide that have tremendously improved the lives of so many Sierra Leoneans. It has built schools in different communities, rendered other educational support, helped to promote sport, boost the health sector, provide endorsements for artists as well as championing a wide variety of development programs.

In terms of contributing to the economy Africell has been complying in a timely manner with all its financial obligations to the regulator of telecommunications in the country, the National Telecommunications Company (NATCOM) and has never faltered in doing so. It has been largely compliant in honoring its other financial obligations to Government.

Undoubtedly, Africell believes that sharing and giving back to various communities should be a must. The Company views its Corporate Social Responsibility as an extension of the brand attributes and guiding principles that drives its work across many areas. Commendably, Africell is steadily adhering to its Corporate Social Responsibility to the admiration of many both in the country and out.

When the Ebola scourge break out and was ravaging this country Africell was at the forefront in trying to combat the dreadful virus as manifested in awareness campaigns to keep the public informed and educated on the crisis and donating rice to some of the worst affected communities. The Company donated 150 tonnes of rice in total.

From a research that was conducted to gauge the views of the public on rating the operations of  GSM Companies in the country, many showered praises on Africell for what they described as its improved network, affordability underscoring how they always get value for money. Most of them confessed that nothing will drive them away from Africell.

The various contributions that Africell have made to society have significantly resulted into a positive change in the lives of many Sierra Leoneans; over and above the provision of excellent mobile telecommunication services. Africell has made it a point of duty to contribute to the development of various sectors through their corporate social responsibility.

The kind gesture of Africell can be clearly seen in the country as the company poised to offer its numerous subscribers qualitative telecommunications services.