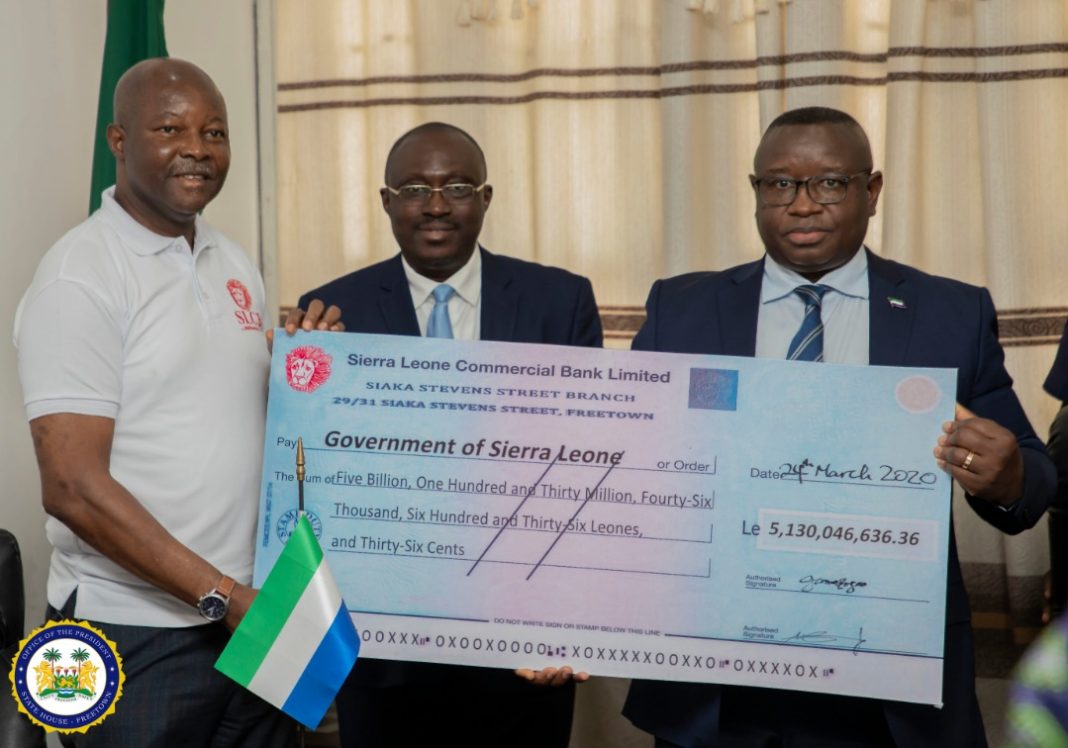 Sahr Lahai Jusu, the Financial Secretary at the Ministry of Finance, said that for the first time in the last twelve years the Bank is now able to pay a dividend to the Government of Sierra Leone, one of the shareholders of the Bank.

He noted that over the last two years, they had increased oversight of the operations of the Bank, both in respect to its governance and structure and in respect of the increased management and operational roles they had conducted.

Chairman of the SLCB Board, Dr James David Rogers, said that although they were expected to pay a dividend to Government, the Bank had not been able to do so for quite some time now, adding that it was important that they were meeting Government to pay some dividends. He said they were pleased to be in an upward trajectory and assured that with the policies in place, they were not likely to have any reversal.

On his part, President Bio said that he was pleased to have presided over an important occasion indicative of his Government’s effective and efficient management of the State. He said that the achievement was meant to give confidence to the nation that they could do it with the right political leadership, adding that he was pleased that the Bank had been able to take up the challenge.

“We hope this is the beginning of this trend and next year we will be able to make more money. I want to encourage you all to show the example and I am happy that we have inspired this sort of spirit. We want every other institution to emulate this example. We want to make this country a better place and we have to let our institutions work,” he said.