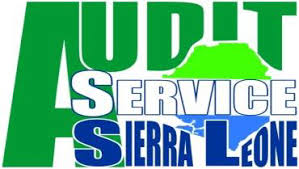 Audit Service Sierra Leone (ASSL) on the 3rd February 2020 in a bid to inform the general public as a way of continuing its public education explained the various stages involved in the audit process.

It underscored that the  public must understand that at every stage of the audit, the client is given ample opportunity to provide supporting documents which may include payment vouchers, receipts, goods received notes, store issues vouchers, bank deposit slips, authorisation letters, to name a few.

The institution notes that apart from real-time and special audits, all other audits are done in arrears; that is three months or more after the end of the financial year.

Against such a backdrop, ASSL pointed out that it would be expected therefore that the transactions would have been completed and appropriate supporting documents filed, long before the audit process begins.

It reveals how there are three main stages in an audit: Planning, Execution and Reporting.

The Planning stage starts with an audit engagement letter signed by the auditors and the client. This letter details expectations from both sides and is signed and acknowledged by both parties before the audit starts.

The signed engagement letter is accompanied by a list of documents which the client is required to prepare for review by the auditors. From this point on, the client has the opportunity to produce and provide for the auditors, all relevant documents relating to the audit.

The Execution stage starts with an audit entrance meeting. At this stage also frank discussions are held as to the expectations of both parties and emphasis is again placed on submission of appropriate supporting documents.

ASSL says the audit fieldwork is then kick-started with auditors usually situated in the client’s premises. As the work progresses, written queries are raised for the attention of the client. Where the responses to such queries are satisfactory, these issues are not reported. Unresolved queries find their way into the draft management letter (ML).

There is an additional step unique to the public sector where the client’s responses to the draft ML are further verified and the verification report is signed by the ASSL and the client.  Issues that have been resolved and verified as resolved are not reported in the final ML.

Only issues which have been acknowledged as unresolved by the client and those which the client may claim to have resolved but which could not be verified by the auditors are incorporated into the final report submitted to the client. The final report is later summarised and included in the AG’s annual report to Parliament.

Surprisingly, clients who have failed to submit appropriate supporting document during the audit suddenly provide such documents to Parliament or Anti-Corruption Commission (ACC) after the publication of the AG’s report.

According to the institution, the questions to be asked are these: why are documents only being submitted at this point? Where were they all this time?. Why were they not submitted during the various stages of the audit process?. It must be noted that the burden of proof rests with the client/auditee.

The auditors have adequate but limited time to spend on any assignment and failure to cooperate and submit documents on request will only lead to matters being reported as outstanding.

In line with this, all MDAs are requested to give the fullest cooperation including provision of all relevant and reliable audit evidences to justify receipt and use of public funds.

The ASSL will continue to carry out its mandate of being the guardian of Sierra Leone’s Economic Security.