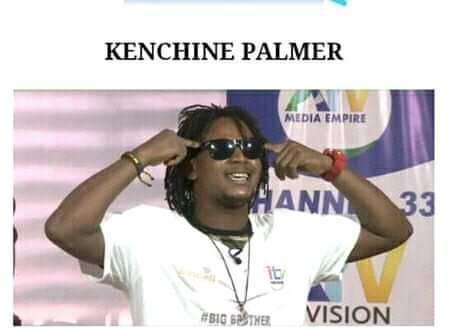 Sunday 14th April, 2019 was the grand finale of the most-watched and talked about Housemates Sierra Leone 2019 TV Reality Show organized by Africa Young Voices (AYV) Media Empire and Sierra Leone’s biggest telecom provider Africell. The event which was held at the prestigious Bintumani Hotel conference hall was graced by eminent personalities including the First Lady Fatima Bio, actors from Nigeria, Ghana and elsewhere among many other personalities.
At the end of the exciting episode full of celebration, stage performance, drama and lots more, Kenchine Palmer and Monica Yeani Ghaliwa emerged the last standing couple of Housemates S/Leone 2019.
Kenchine Palmer was crowned the winner with 26.29% of the votes cast, while Monica Yeani Ghaliwa scored 22.81% to emerge second. Ibrahim Shehab got 21.15%, Dylis George 13.73%, Suad Kamara 9.66%, and Henry Fornah 6.35%.
Housemates Salone is without dispute the most watched television reality show ever in the history of Sierra Leone as it generated millions of fans from across the world. The show was staged with the purpose of unearthing youthful potentials in a process of learning and also empowering them through entertainment.
Kenchine who is nicknamed ‘Dizzy West’ is popularly known for being a rapper which he demonstrated two years ago on the AYV Cypher Uncensored, representing Team One Heart Nation. He is also from the streets and at an early stage in his life he lost both parents. But regardless of the unfortunate situation he kept pushing for greener pastures.
Monica was presented with a cheque of Le50,000,000 as runner-up of Housemates Sierra Leone.
All the Housemates did their best individually to capture the attention of members of the public to get their votes but only one has emerged the lucky winner.
The organizers of the 2019 Housemates Salone Contest, Africa Young Voices (AYV) Empire and Africell have both made their mark in staging such a spectacular TV Reality show. Both have once more demonstrated the strong commitment to provide a platform to unlock and tap the potentials of young talents across the country.
Ambassador Anthony Navo Junior, Chief Executive Officer of AYV is held in high esteem for continuing to raise the bar high for youth from all walks of life. Incontestably, he is an icon in his own right which is why he continues to bag prestigious awards in and out of the country.
Africell, the leading telecommunication company in the country has been supporting youthful initiatives and is poised to continue in that direction.

In his brief remarks, Ambassador Navo told his massive audience that without any doubt AYV and Africell delivered the biggest reality TV show in the country’s history. He said: ‘It is about bringing people together in the spirit of a united Sierra Leone and it is also about engaging and empowering role models.’