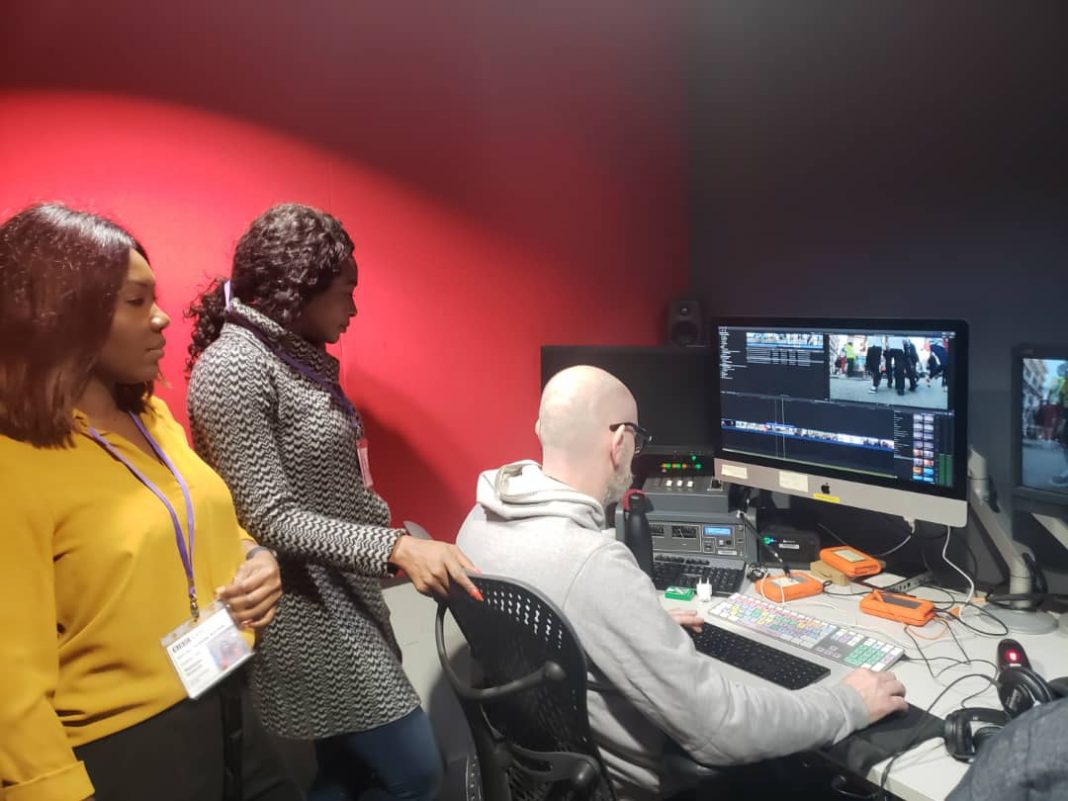 LONDON – The Africa Young Voices Media Empire (AYV) and British Broadcasting Corporation (BBC) have begun an intensive media professional training programme in London for AYV journalists and executives. The BBC has a world class media platform in broadcasting and an international reputation for creative programme-making.

Sierra Leone has a special relationship of a kind with Britain, and AYV and BBC are leveraging this relationship to deliver world class media, with a view to provide the very latest development in broadcasting. AYV and BBC have fostered a good relationship following the signing of a Strategic Partnership and Cooperation Agreement between the two media institutions.

The Partnership between the two institutions is based upon shared values and common interests, including in promoting and supporting good, accurate journalism –based on content that is ethical, balanced, independent, critical and of public interest. AYV will be working with the BBC to promote media development in Sierra Leone. AYV is tapping the most powerful BBC platform and massive BBC World service programmes and newsgathering to create more programmes for audiences in a more creative and cutting-edge formats.

MRS CHINWE KALU-UMA from the BBC said: The partnership from the BBC is always significant when we signed a deal with a partner outside the UK. This means that we can expand our audience reach and get the BBC quality news and content to partners and audiences outside the UK. Sierra Leone is a significant partner for us in West Africa and so to be able to collaborate with AYV, yet another great TV station in Sierra Leone is fantastic. We can see the content that AYV puts out there, its resonates very well with younger audiences and so our staff are really excited to be working with AYV’’.

Speaking at the training, MS ANTONIA HOWARD from the AYV in Sierra Leone stressed the need to account journalistic values, ethics and principles when reporting stories and having reliable and accurate facts put in a meaningful context. She said: ‘’We are doing essential the same thing as the BBC in Sierra Leone with our journalism work.  It has been a very good experience coming to the BBC and we hope to take our new skills back in Sierra Leone to improve our work’’.

Sharing her experience from the training at the BBC, MS STEALLA BANGURA from AYV in Sierra Leone said: ‘’This training better capacitate us on how we gather, report news and coordinate things. We are learning best practices from the BBC as well as share our experiences to be provide good content for our audiences. We are very excited to be at the BBC and very much looking forward to a mutually productive partnership with the BBC. It’s a win-win for both AYV and BBC’’.

MR FAYIAH FATOMA from AYV in Sierra Leone expressed appreciation to both AYV and BBC for the training, stressing the need to implement the skills gained at the BBC, to change the media landscape in Sierra Leone.

MR MESSEH LEONE from AYV International in London said: ‘’This is an historic moment. This partnership harnesses AYV’s global reach and broadcasting capabilities to bring audiences good content. AYV has a long history of supporting emerging media leaders to provide work based learning opportunities for people interested in the Media, so this partnership with the BBC is an excellent platform to develop AYV’s long-standing objective to engage and empower journalists. This partnership will enable AYV to be a media leader in Africa. This is part of the vision of our CEO’s Ambassador Anthony Navo Jnr to engage and empower journalists and expand the work of AYV at national and global level’’.

As one of Sierra Leone’s media leaders, AYV is interested in investing in creative and energetic people with diverse perspectives and talents. The BBC training will see AYV journalists immersed in BBC’s media experience and expertise so they can empower AYV journalists with more effective multi-platform content production and strategies.

This is an intensive training programme from top media experts and shadowing at BBC, as well as collaborative sessions with top journalists. The training programme offers shadowing and interactive engagement on newsgathering, content curation, broadcasting, distribution, research and analytics, breaking news in both traditional and new media.

The BBC is the world’s oldest national broadcasting organisation and the largest broadcaster in the world. AYV is an initiative of Sierra Leone’s Youth Ambassador Anthony Navo Jnr. AYV dominates the media sector in Sierra Leone with a nationwide newspaper, television and radio network across the country.

AYV and BBC aim to nurture talent, both in front and behind the camera which is an important part of the partnership between the two institutions, to strengthen and scale the volume and quality of content. This partnership is about investment in the media: people with fresh ideas, innovative viewpoints, a willingness to work hard, and a commitment to the highest standards of journalism.

AYV will continue to work with the BBC to promote media development in Sierra Leone. AYV is tapping the most powerful BBC platform and massive BBC World service programmes and newsgathering to create more programmes for audiences in Sierra Leone in a more creative and cutting-edge formats. The BBC has been producing programmes that are being aired on AYV, a new series of innovative and amazing programmes.

The BBC World Service will continue to provide AYV current news and content that complement its global programmes in Africa. This partnership offers AYV a world-class broadcasting platform for its audiences.

The BBC will continue to support the development of new programmes and training for AYV as part of the new partnership. It is part of a long-term mutually beneficial partnership involving the BBC and AYV, with the aim of supporting media development programmes reflecting the special relationship between Sierra Leone and United Kingdom.