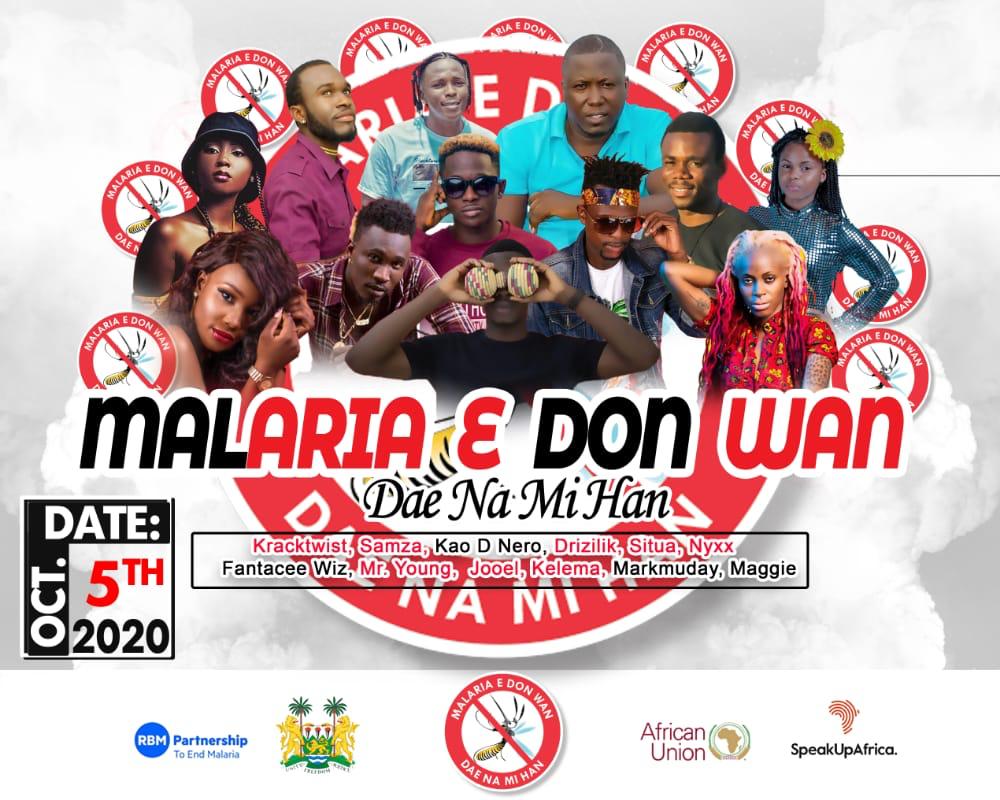 On Monday 5th October, 2020 the country’s most anticipated collaboration which is now by far the most talked about song that is now trending all over the country and beyond has been released.

The song was composed or done by 12 talented and committed singers, rappers and champions of the “Zero Malaria Starts with Me” and “Malaria E Don Wan Dae Na Mi Han” campaign in Sierra Leone to raise awareness about malaria and to encourage others to join the fight. These artists are  Drizilik, Fantacee Wiz, Jooel, Kao D Nero, Kelema, Kracktwist, Maggie, Markmuday, Mr. Young, Nyxx, Samza, Situa. The song was produced by Solo’s Beat and Jassy Jozzie and managed by Paragon Agency.

With support from “Speak up Africa”, an advocacy action tank based in Senegal and the Sierra Leone National Malaria Control Programme, these 12 musicians came together to write and record the song about the most deadly disease in Sierra Leone.

Speaking to these artists it was noticed they have one thing in common: they stand resolute in their commitment for a malaria-free Salone and to use their influential voices to generate the energy and enthusiasm from the population at large to make this goal a reality.

Drizilik, a multiple award-winning rapper in Sierra Leone, said,  “We got involved in the campaign and using our voices as well as our platforms just seemed to make the most sense. We’re looking forward to spreading the word and continuing to champion Malaria e Don Wan Dae Na Mi Han!”

Fantacee Wiz, a long-time and passionate activist and award-winning folk singer said, “Malaria e Don Wan Dae Na Mi Han” means that we all have a responsibility in the fight, so we did what we know what to do: to sing, rap and dance! I have faith that my fellow Salone man dem will light the path to illuminate for the rest of Africa.”