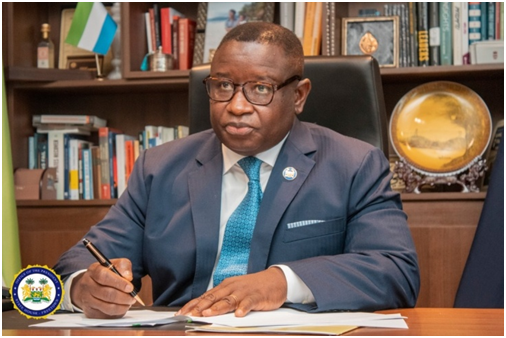 This medium was reliably informed that plans are underway for the appointment of a new Director General of the Sierra Leone Correctional Services (SLCS) by President Julius Maada Bio in the coming days.

It is believed that among the lot being considered a very young man will be given the mantle to lead.

The young man, it was also learnt, has the right CV and has served in different capacities at the SLCS with his experience running as deep as more than 20 years in service.

There is a school of thought that holds the view that the young man will be able to stabilize the ship amid rumours of tense in- fighting among senior officers.

However, it is significant to note that the new appointment will also place the Government in a good stead in the eyes of the public and international community as well.

The appointment, which for now is in the offing, will see the departure of  Joe Lamboi, who on the 31st May, 2022 , bade farewell to the Sierra Leone Correctional Services.

He served the department for forty- two (42) years and during his service, he worked as Prisons Manager, Head of Public Relations, Regional Commander West, Director of Support Services, Deputy Director General, and he now leaves the Service having ultimately worked as Director General.

Joe Lamboi served as DG for two years plus. His term of service was supposed to have ended in October 2020, but the Government extended it by a year.

Under his regime as DG, he diverted funds towards the construction of a child- friendly Centre for children of female inmates, a meeting room, senior officers’ mess, a resource centre, a tuck shop for inmates among others.

He also saw to it that young officers with the right character are placed in positions of trust contrary to when such positions were held in the past by officers who were advanced in age and experience.

Mr. Lamboi will be fondly remembered for his broad smiles and his cautious oratory.