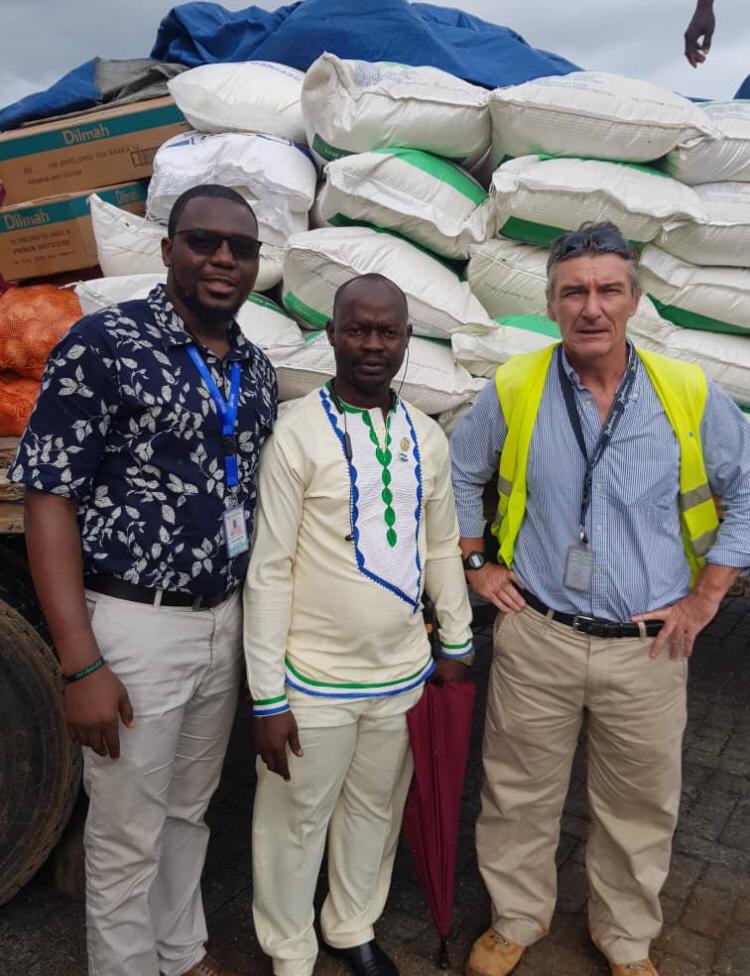 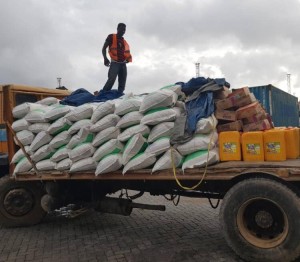 Bollore Freetown Terminal has, on 6th August, 2019, rescued victims of the recent flooding due to torrential rains at Kanikay, Akram and Blackhall road in Freetown with over 50 million Leones worth of food items.

The donation came after the three communities were affected by the flood disaster that hit Sierra Leone’s capital, Freetown on 2nd August, 2019.

The said donations were handed over to Honorable Abdul Muniru Lansana, of Constituency 121 for distribution among the affected victims in the various communities.

In his statement, Bertrand Kerguelen, General Manager of the Bollore Freetown Terminal stated that even though the company was also affected by the rains, they are more concerned about  the welfare of the communities where they operate.

“That is why we are reaching out to help the people in need at this time of emergency,” he said, adding that the company remains committed to lending helping hands in trying times like this.

Honorable Lansana after receiving the donations expressed profound appreciation to Bollore for their swift response to help the affected victims in his communities.

“I must say I am very grateful and appreciative of this gesture and it will go a long way to soften the suffering of affected people in my constituency,” he maintained.