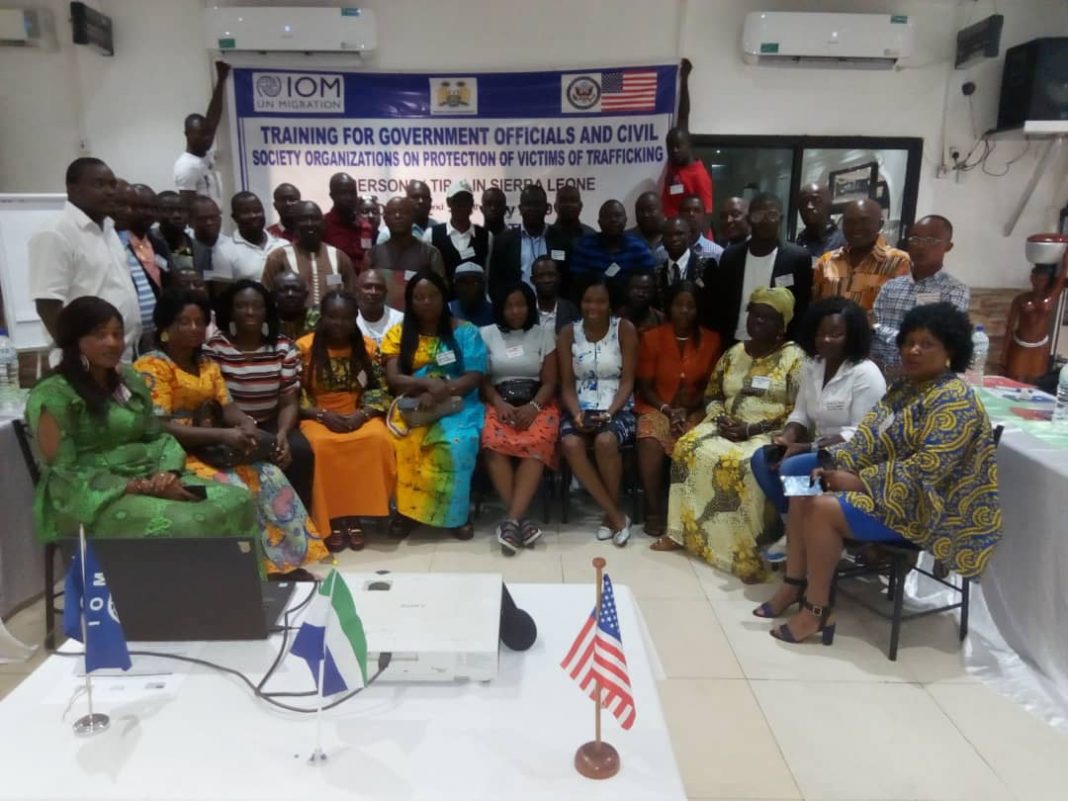 The International Organization for Migration (IOM) in collaboration with the Ministry of Social welfare Gender and children’s Affairs recently concluded a five day training for Government Officials and Civil Society Organizations on protection of victims of Human Trafficking. The training was held at Dohas Hotel in Bo City.

Speaking at the event, Mr Mangeh sesay, National Project Officer and Trafficking in Persons (TiPs) Focal Point IOM, highlighted the importance of bringing these set of participants to this training. “The fight against human trafficking would not be won without the active involvement and support of these organizations” he noted. He said the training is being funded by the United States Department of State Bureau of Population, Refugees and Migration (PRM). He admonished participants to cascade knowledge acquired from this training to their colleagues.

Mr Dehunge Shiaka, Director of Planning and Coordinator of TiPs Task Force Secretariat MSWGCA on behalf of the government of Sierra Leone thanked IOM and the United States Government for their continuous support towards the fight against human trafficking. He said that the government is also demonstrating strong commitment in the fight against human trafficking.

Recently, he added the National TiPs Task Force Secretariat which is based in the Ministry of Social welfare Gender and Children’s Affairs worked with the millennium challenge Coordination Unit (MCCU) under the office of  the vice president, to put together a medium- term trafficking in persons budget for the attention of the Ministry of Finance.  He stated that the Task Force is in the process of reviewing the Anti-Human Trafficking Act which over the years proved to be inadequate to serve as deterrent against trafficking and smuggling of migrants.

Since March this year, IOM and MSWGCA have organized several trainings on TiPs including workshops for Journalists, TiPs Task Force, and also law enforcement personnel among others.