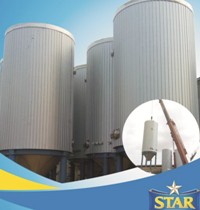 Sierra Leone Brewery Limited (SLBL), the country’s premier brewer of various forms of alcoholic and non-alcoholic beverages is still making steady progress in its chain of production. The company has been rated as one of the most progressive business entities that have been positively contributing to overall national development impacting meaningfully on the lives of many within different age brackets.
With regards rolling out its social responsibilities the Brewery has been assisting in various fronts particularly within the areas of facilitating the provision of facilities beefing up the health, education sectors, promoting sports, community interactions and enhancing Water ,Sanitation as well as hygiene not only around the Wellington Industrial Area where it is located. All these ,it has been established,are very vital in improving standards of living and many have commended the company for effectively giving support in those directions.

In order to ensure that the company continues to meet the needs of its numerous esteemed customers in and out of the country it is heavily investing in both capital and human resources with the view to make use of latest machinery and best brains that will collectively add value to its production drive.
SLBL can now boast of having increased fermentation tanks, of recently upgrading its waste water treatment plant, mash filter equipment and cooling plants putting it on a better stead to produce qualitative and safe beverages which many have confessed are of high standards.
To many the name Brewery is synonymous with the Local Content Policy which is geared towards making use of appropriate local technology, produce and available skills, knowledge and talents. For the company it is prudently considered economical to make use of home grown sorghum, an important ingredient that is good for utilization in producing some of its favourite drinks.
In different parts in the provinces there are farmers who grow sorghum and the company is in close relationship with them going to the extent of continuously empowering them through trainings and inputs. These sorghum farmers, who are over 25,000,000 in number, are steadily supplying the Brewery with the ingredient and by so doing they are becoming financially solvent. As a matter of fact these farmers are so well organized being one of the successful farmer groups under the umbrella of an effective association.
The Sierra Leone Brewery Limited is regarded to be very tax compliant and that is contributing towards local revenue mobilization that is helping Government to have the financial muscle to fund different development programs.
For accomplishing such feats SLBL is held in high esteem both nationally and internationally.
The company’s latest venturing into producing its beverages in cans has been interpreted as a clear manifestation of its pro-activeness to expand provide job opportunities and give utmost satisfaction.
Indeed, the Sierra Leone Brewery Limited is making remarkable and sterling waves to the admiration of many.