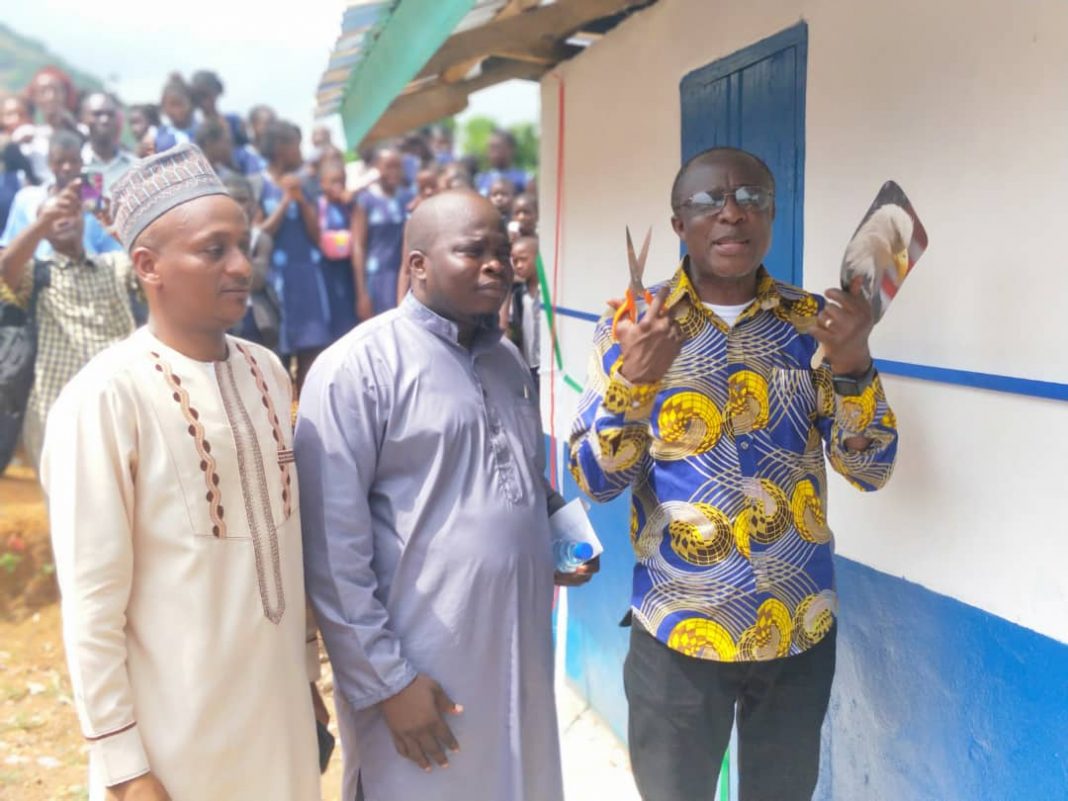 In rolling out its Corporate Social Responsibility and in continuing to contribute to the development of communities in Constituency 115 under the company’s Post Ebola Water and Sanitation Project, Sierra Leone Brewery Limited (SLBL) on Friday 8th November, 2019 commissioned an 8 Component VIP Toilet at the Koya Academy Secondary School in Wellington, Constituency 115.

The event took place at the school’s compound during which stakeholders and residents of the Koya community and its environs expressed delight and praised the company for what they termed as its timely intervention that will come in handy with numerous benefits.

The event was graced by constituency youths, development organisations, elders, chiefs, councillors, past and present Members of Parliament, religious leaders and a host of residents in the communities.

In his own contribution, the contractor of the 8 Component VIP Toilet stated that the SLBL and the Heineken Africa Foundation embarked on previous other projects that have benefited residents of Constituency 115. He added that SLBL’s contributions to the communities were done in line with the inputs from community residents through their various heads. “What the Brewery has done has only been what the communities requested as their pressing needs,” he added.

In his brief statement, Brewery’s Corporate Affairs Manager, Albert Ojo Collier, expressed his appreciation to the community and all the speakers for their candid and frank sentiments made about the institution.

He disclosed that it is indeed a great opportunity to commission the newly constructed VIP Toilet in Koya Town on behalf of the HEINEKEN AFRICA FOUNDATION through Sierra Leone Brewery Limited, as one out of six projects supporting the construction of a VIP Toilet facility to promote sanitation activities in the constituency for the teachers and pupils of the Koya Town Academy Secondary School and people of Koya Town Community, through the Member of Parliament for Constituency 115, Honourable Alpha Amadu Bah.

He said that the Sierra Leone Brewery Limited has played formidable roles in enhancing the socio-economic growth of Sierra Leone, noting that their corporate social responsibility has been rolled out throughout the years and covers support to sporting activities, health care, provision of water and sanitation to communities and assistance to the education sector.

He noted that in the last five years Sierra Leone Brewery Limited together with Heineken Africa Foundation has provided over Le 5 Billion as part of its Corporate Social Responsibility to the health, water and Sanitation sectors alone throughout Sierra Leone. He further disclosed that they are currently building two hospitals, one at Wellington and the other at Calaba Town, which will be completed and commissioned on Friday 22nd November.

He said that the VIP toilet at Koya Town School and the hand pump water well at UMC School on Mellon Street cost Le 79,543 000, adding that through HAF they are also supporting one hospital in Yele, Gbonkolenken Chiefdom in the Tonkolili District and another in Masanga, both in Northern Sierra Leone.

“I am happy to inform you that this Water and Sanitation project in Constituency 115 has now been completed by Honourable Alpha Bah, impressively as it went through the complete tender process, procurement of materials and now commissioning, which was done in a transparent and credible manner. This project is expected to benefit the students and teachers of this Koya Town Secondary School,” he maintained

He said that the sustainable projects are intended to improve the livelihoods of the people of Constituency 115. However, he called on the support of Sierra Leoneans, especially the host community, Wellington; to help promote the company’s brands, buy their local content, MaItina, Trenk Dark-Malt energy drink, Star Lager Beer, Star Citron, Mutzig, and Guinness among others.

In his statement, the Honourable Member of Parliament of Constituency 115, Hon. Bah, heaped praises on the SLBL for their unflinching support over the years. He also acknowledged that the VIP toilet that is being commissioned will promote sanitation activities in the constituency. He also maintained that development projects for communities are tagged to the offices of MPs and not any particular individual.

He called on all to embrace development and put politics aside, as the time for politics is now over. He also endeavoured to set the records straight, adding that every single cent received from the Brewery or any institution is being openly disclosed to all the stakeholders in the community in his bid to maintain transparency and accountability.

Hon. Bah noted that the VIP toilet project which has been completed costs Le79 million. He also disclosed that the Brewery and the Heineken Africa Foundation have constructed solar powered water wells in other communities in the constituency, which he witnessed and admonished the company to continue with their good work. “If Brewery thrives, Wellington will thrive also,” Hon Bah chanted.

The cutting of the tape during the commissioning of the VIP toilet and the unveiling of a sign board at the site of the work climaxed the event. 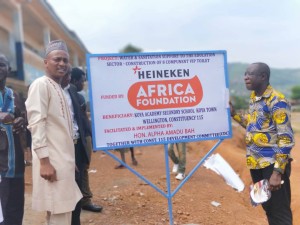 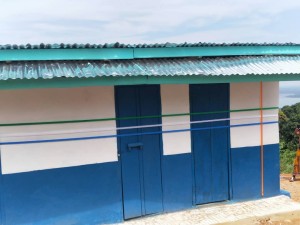 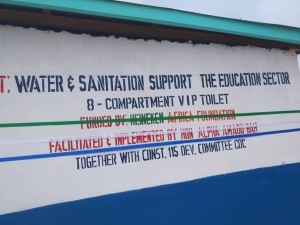