On the 7th November 2019 a half-day conference, which included one and one meetings with local business representatives and government officials, as well as a networking session, held from 9:00am to 5:00 pm.

According to Envoy Abu Kai the underlying purpose of leading an Agricultural Trade Mission to the country is primarily to enhance food security and help drive sustainable development.

In his statement, Abu Bakarr Kai Kai commended his Excellency for his wise leadership in focusing on the agriculture sector and giving it the attention it deserves .He stated that when he was growing up, he had a vision of a nation that feeds its people without depending on the importation of the country’s staple food. “I had dreams of a country that will cultivate and process her own agro products not just for domestic consumption but beyond our borders,” he told the august gathering, highlighting that as a result of such a remarkable event he is very optimistic that such a dream is at the verge of becoming a reality.

He furthered that the purpose and essence of the occasion are real indicators that this country is not too far from achieving transformation that will not only make us a formidable player in Africa, but a contending exporter beyond our continent. The Special Envoy, however, expressed the view that there are challenges to keep up with the trends of the day and also the expectations of foreign companies venturing into Africa.

He informed the participants of the Mission that the Government of Sierra Leone, through the vision of his Excellency, is more than willing to meet the prerequisites and accommodate major players in the execution of the Grand Plan.

Kai Kai posited that through speeches and presentations presented by the Trade Mission there have been assurances and commitments of key players within the agriculture sector.
“We also have learnt that commercial cultivation cannot thrive without key expertise and the intervention of specialised agro entities. Amongst us here today are 9 companies of global standing, with a capacity to change the face of this sector. What makes this day significant is the fact that with us here, we have a full package of what it takes to compete globally in terms of trade and export of Agri Products,” Bio’s Special Envoy revealed, evoking a round of applause.

He welcomed the companies present into Sierra Leone, assuring them of endless support. The Special Envoy also thanked Empower Africa for being friends of the country and more especially for organizing such a powerful event.

“I believe this Trade Mission is just the beginning of an agricultural crusade that will uplift the lives of 7.6 million Sierra Leoneans,” he expressed optimism, adding that to prove that we are ready for business and to strengthen his assertions, the country has testimonies of large scale international companies within the CAPPA organisation that have gone through the test of times, survived and thrived here. He mentioned companies like : Dole, Socfin, Sunbird, West African Rice Company: Kissy Industries among others.

He ended up assuring his audience that it is now time for Sierra Leone.
Prior to the convening of the events in a Press Release, Empower Africa, mentioned that Sierra Leone has fertile soil and abundant water, with approximately two-thirds of the population already working in agriculture.

It further stated that despite these favourable conditions, 85% of arable land lie uncultivated and most of Sierra Leone’s food is imported. Businesses that bring the right seeds, fertilizers, and farming techniques to Sierra Leone, have a great opportunity to build profitable partnerships while contributing to the country’s long term economic prosperity, he also highlighted.

Empower Africa believes that President Bio’s recently announced National Development Plan aims to diversify the economy with the goal of stimulating human capital development. It says this plan has opened a window for agriculture companies to enter into mutually profitable projects in Sierra Leone. The organization assured that the Trade Mission will offer agriculture companies a unique chance to explore and build an in-depth understanding of the commercial opportunities in Sierra Leone.

It anticipated that participants will also interact with local agriculture businesses and representatives of the Sierra Leone Government, while building important business relationships during planned conferences and networking events. The Release intimated how Empower Africa’s Director of Agriculture, Maoz Aviv, will lead a highly specialized delegation of international companies who have a broad range of agriculture expertise.

It was mentioned that Maoz is a leading global agronomist and brings with him over twenty years of experience in a wide variety of agricultural activities. During the programme there were onsite visits to local agriculture operations, a full day conference and networking events which included one-on-one meetings with local business representatives and government officials.

A key outcome expectation of all the engagements by the Trade Mission is that Empower Africa will assist participants in cementing the connections built during the trip and in laying the foundation for long-lasting business relationships in Sierra Leone.

Ezi Rapaport, Founder and CEO of Empower Africa had this to say: “We are encouraged by President Bio and the Sierra Leone Government’s ‘New Direction’ focus on human capital development. We believe that there is currently a unique window of opportunity for the private sector to drive sustainable economic development in Sierra Leone and agriculture is a vital sector that will enhance food security and help jumpstart the economy.

Our Agriculture Trade Mission explored strategic commercial opportunities for the private sector and the country and we call on industry leaders to join us on our mission.”

On his part the Special Envoy on Trade and Investment, Abu Bakarr Kai Kai, thanked Empower Africa for its ongoing support and for organizing such an important Agriculture Trade Mission.

“In line with our Government’s ‘New Direction’ focus on human capital development and our plans to diversify our economy, our Ministry of Agriculture has recently released our ‘National Agriculture Transformation Plan’. This plan outlines many commercial opportunities in the agriculture sector and our Government is committed to working with the private sector and international investors that can assist with our country’s development efforts. Sierra Leone is open for business,” Abu Bakarr Kai Kai expressed gratitude and preparedness for growth. 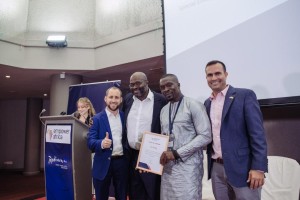 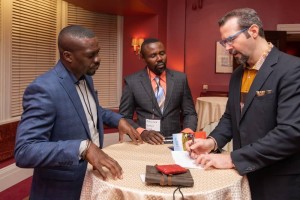 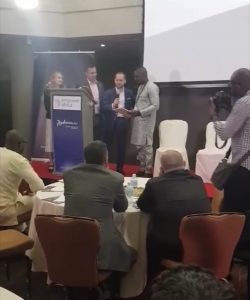 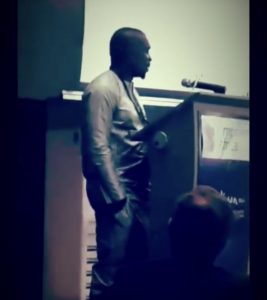