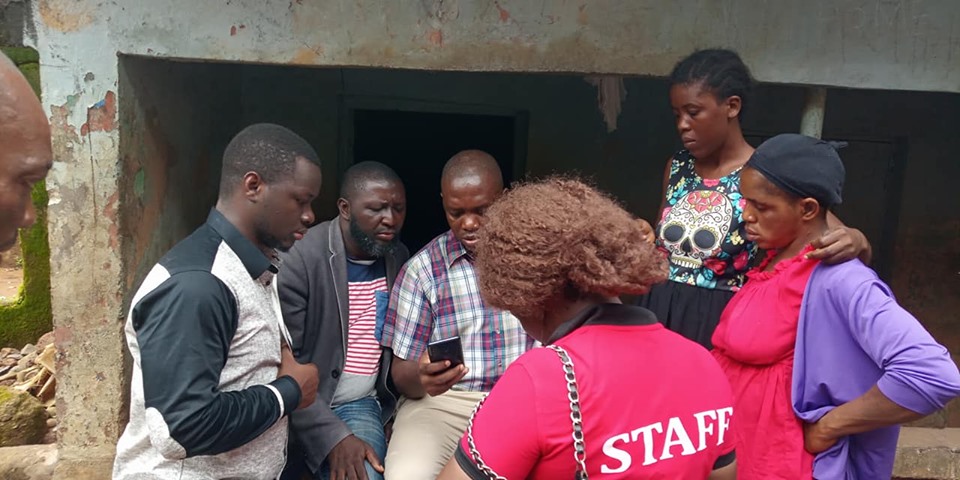 On Saturday 3rd August 2019, the Citizens Advocacy Network (CAN) in collaboration with Office of National Security (ONS), Freetown City Council, Western Area Rural District Council, Democracy Sierra Leone and other local and international non – governmental organizations has undertaken an Emergency Response Exercise in communities that were adversely affected by the torrential downpour of rain on the 2nd August 2019.

Speaking to this medium in an interview, the Executive Director of Citizens Advocacy Network (CAN), Thomas Moore Conteh, disclosed that as an organization that has been working tremendously to promote the ideals of human right, the rule of law and good governance in our beloved country, they decided to join the initiative of undertaking an Emergency Response Exercise in the affected communities, adding that this exercise is to access the level of damage caused by the heavy rain of 2nd August which claimed the lives of seven (7) people and the loss of properties.

He said that they visited Hamilton village, No.2, Mile 13 and its environs, where, according to him, the living conditions of inhabitants is unbearable, especially ‘San San Ground’ – Hamilton village, which he said is pathetic, as during their visit he realised that there are still people in the Western Area who live in mud and thatched houses, which he said is a human right concern.

He admonished the people living in those disaster prone areas to relocate to safer places until the rains cease, as their lives are at great risks.

He further called on the government and its partners to take robust, but reasonable actions in order to evacuate people living in disaster prone areas; he also called on the Freetown City Council, and the central government to improve on the flood mitigation project.

Marcus Bangura, Executive Director Democracy Sierra Leone, who was part of the team, disclosed that the state of Hamilton village is very deplorable, as he cannot imagine people living in those places.
He then called on the international community, the government and other human right organizations to put hands on deck in order to relocate these people living in disaster prone areas, as this is a very serious human right concern.

He encouraged people living in those areas, to migrate to safer locations in order to prevent further flood disaster in those communities.

Ibrahim Turay, a resident at Hamilton village, said that they have been living in San San Grun community for over 20 years, but said they are faced with lots of challenges as the community is deplorable.

He called on government to find possible ways in order to relocate them to safer places as their lives are at risk.