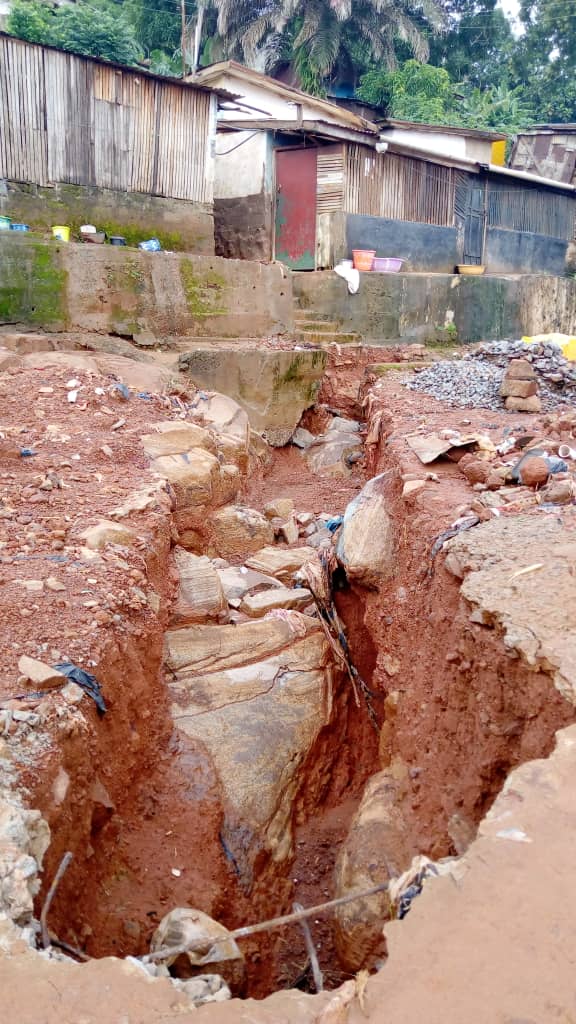 The current condition of Leicester Road to Komboh, Central Freetown, behind Albert Academy and Muslim Brotherhood schools is not only deplorable but a death trap. 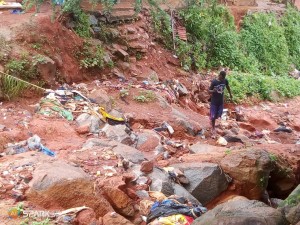 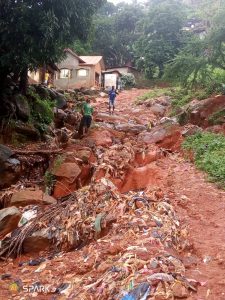 At the moment, many people are trapped indoors, especially the elderly, pupils and the handicapped. The road has been neglected for many years by successive governments in spite of the fact that the community is inhabited by thousands of people, with the population estimated at over 800,000 (eight hundred thousand), including school children, who ply the route daily.

This is an emergency for which the people are kindly requesting and appealing to their new government, headed by President Julius Maada Bio to help and redeem them from this catastrophe and bondage as even 4-wheel drive vehicles cannot traverse the road.

It must be underscored that thousands of Roman Catholics are using this road every year on their pilgrimage from the Albert Academy to the Saint Paul’s Major Seminary at Regent but yet still the road has not been fixed.

However, motorbike riders who ply the route have been repairing the road over the years and without them the road would not have been motorable.

Others attribute the complacency to fix the road to political inaction.

The Bike Riders Association Chairman, Gbassay and some of his members revealed in an interview at Model Junction that a Mr. Cecil Lawrence Samba who resides in the community is one of those sincerely committed to the overall development of the area highlighting his numerous contributions to the development of dropout youths, job creation and fixing the road.

They also lamented that the community lacks a medical center, recreational and socialization centers and extremely poor water supply facility among the other challenges affecting them and appealed to government to swiftly come to their aid.

They reiterated that their major challenge is the road, asserting that the government that would fix the road need not campaign them in any election.