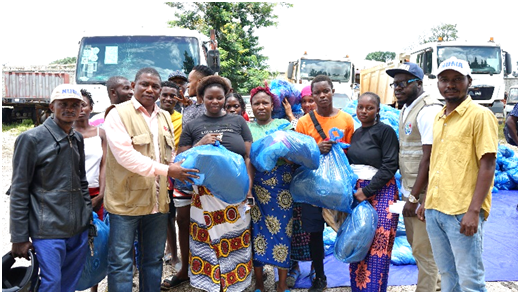 As part of their compassionate support to the victims of the August 2022 flood victims in the country, Caritas Freetown, with support from Manos Unidas, has on Saturday supported 2000 flood victims from the Culvert, Susan’s Bay and Looking Town Communities respectively. The symbolic ceremony was held at James International Company on Racecourse Road in the East End of Freetown for victims of the Culvert Community while the same donation was held at the Susan’s Bay and Looking Town Communities respectively.

Speaking to this medium, the Program Manager, Caritas Freetown, Idriss Gibson Mansaray, said that the August 2022 flood affected 18 slum communities across the country, adding that although 18 communities were affected but they are only providing these relief support to three communities which include Culvert, Susan’s Bay and Looking Town Communities respectively with a total of 2000 beneficiaries.

The Program Manager intimated that as a responsible organization that seeks the welfare of all regardless of tribe, race, ethnicity, religion they saw it befitting to support the victims out of the strong conviction that such could be helpful after the flood destroyed properties and left thousands deprived within these communities.

He revealed that the assorted items include blankets, used clothing for both male, female and children.

Idriss Gibson Mansaray maintained that the victims were devastated due to the unfortunate incident that befell them as the flood left them vulnerable as they lost all their properties including beddings, cooking utensils, clothing, and other valuable household properties but said with this support it will help alleviate their plight .

On his part, the Regional Coordinator Western Region at the National Disaster Management Agency, Gerald King, applauded Caritas Freetown for their swift intervention to these victims.

Gerald King continued that in answering to this call from the Agency, Caritas Freetown is supporting 2000 victims from three communities which include Culvert, Susan’s Bay and Looking Town communities.

Gerald King concluded by stating that they are rolling out their awareness campaign in communities in order to educate residents on flood mitigation mechanisms.

Isha Samba, one of the beneficiaries, commended Caritas Freetown for donating the relief items which she said are very important in terms of cushioning the negative impacts of the flood on them as victims.

She disclosed that during the flood they lost everything as they are currently challenged in securing basic necessities especially beddings, cooking utensils, clothing etc., furthering that with the donation received such will greatly help in supporting them and their families. 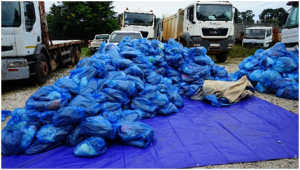 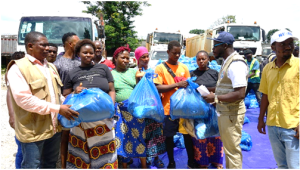