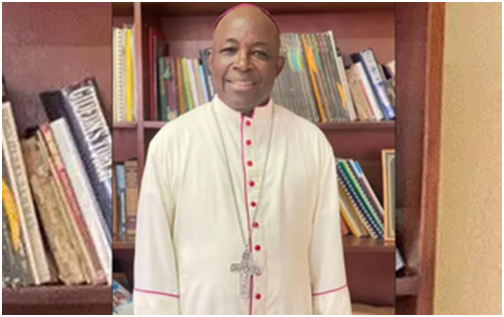 During an interview on Friday, November 25 interview with ACI Africa, Archbishop Edward Tamba Charles noted that a majority of parties registered for the country’s forthcoming elections have chosen to remain noncommittal to peaceful polls, and that many had refused to sign a document that would otherwise cement their commitment to a peaceful election next year.

The Archbishop who also serves as the President of the Inter-Religious Council of Sierra Leone (IRCSL) said that the council, having observed the protracted high political tension in the country amid fears of “a more violent” poll in 2023, had summoned all political parties to convince them to show their commitment to a peaceful election.

Unfortunately, Archbishop Tamba Charles said, not all political parties had sent their representatives to the July meeting, and that leading political parties, in particular, had completely ignored the call.

“Against the background of previous elections, in July the inter-religious council in Sierra Leone held a meeting with the representatives of the 17 registered political parties to convince them to sign a Memorandum of Understanding (MOU) to commit them to avoid the use of violence during the coming elections,” Archbishop Tamba Charles said.

The Catholic Church leader further said that copies of the MOU that have been sent to the parties for signing had been ignored, noting that this had been interpreted as a lack of commitment to having a peaceful election.

The President of the inter-religious council in Sierra Leone noted that the country had been witnessing various acts of violence pitting civilians against the police, and also between opposing parties in parliament. Some of these, he said, had involved physical assault, with legislators hurling objects against each other in Parliament.

“As much as I can remember, Sierra Leone has had the rowdiest parliament in the last four years. We have seen MPs fighting and throwing things and insults at each other. There was another one this past Wednesday. The fight was over the Proportional Representation System of voting, which the Electoral Commission wants to use this time because the August 10 riots disrupted the constituency boundary delimitation process,” the Sierra Leonean Archbishop told ACI Africa.

He continued, “If the ‘Honorable’ Members of Parliament can fight each other in Parliament, what will stop them organizing violent attacks at election time?”

Highlighting a recent violent exchange between civilians and the police in the West African country, Archbishop Tamba Charles said,

“We had a very violent riot on 10th August 2022 that led to the loss of many lives – officially six policemen and 21 civilians and destruction of property.”

“What started as a peaceful demonstration against the high cost of living in the country soon turned into violent riots in many parts of the country, especially in the major strongholds of the opposition APC,” he said.

The Catholic Church leader who started his Episcopal Ministry in May 2008 as Archbishop of the then Archdiocese of Freetown and Bo noted that in Sierra Leone, some people have described the August 10 incident as “an insurrection” as the rioters were using slogans like “Bio [name of the President] must go!”

Some rioters, he said, had guns and other dangerous weapons such as machetes, and were planning to occupy the State House.

He said that preliminary investigations into the riot had shown that the members of the opposition APC had something to do with the rioters, even though they publicly denied any relationship with them.

Apart from Freetown, the riots took place mainly in the APC strongholds in the North and the North-west: Makeni, Magburaka, Binkolo, Kamakwie, Lunsar, Port Loko, and Lungi.

“The economic hardship is being felt all over the country, but there were no riots in the South and in the Eastern parts of the country,” Archbishop Tamba Charles told ACI Africa during the November 25 interview.

He said that the IRCSL had “roundly” condemned the 10th August violent riots and called for an investigation that would identify its organizers, planners, and financiers.

The Catholic Archbishop recounted that the political situation in Sierra Leone was relatively calm until the final results of the 2018 presidential elections.

Since then, he said, and particularly with the change of power from APC to SLPP, “the political temperature went high and has not gone down.”

“The election of the Speaker of the House of Parliament was marred by violence. Some members of the opposition APC lost their parliamentary seats as a result of court petitions, all of which were interpreted as a result of the manipulation of the judiciary by the Executive arm of Government,” the President of Sierra Leone’s inter-religious Council said.

And now, what the IRCSL fears the most is that the June 2023 election may be marred by violence, with politicians being the biggest orchestrators of the violence.

“Let the electoral process be credible so that the results may be accepted by all,” the IRCSL President said.

He went on to urge the Sierra Leoneans to only vote for leaders who have the development of the country at heart and to resist the temptation to plunge the country into violence.

“Let us also avoid the use of violence and hate speeches before, during and after the elections. May we accept the results of the elections and allow the candidates that win to govern the country with our fullest cooperation,” he further said, adding, “Sierra Leone is the only country that we can call our home. Therefore, after the elections, the winners and the losers embrace each other and work together for the development of Sierra Leone and its people.”