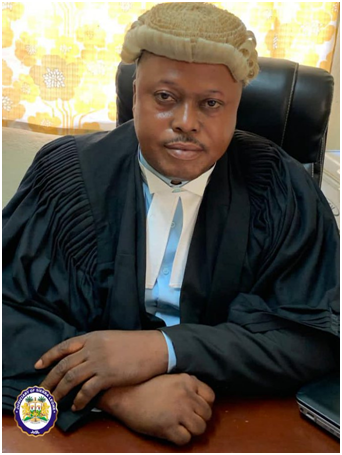 It was intimated that the High Court Criminal Sessions are fully funded by the Judiciary of Sierra Leone courtesy of the Government of Sierra Leone and geared towards improving access to justice and decongesting Correctional Centres across the country.

It is held in places where there are no sitting Judges.

Still with the Judiciary, the Resident Magistrate in Bombali District, His Worship Magistrate Mustapha Braima-Jah, on the 28th June, 2022 sentenced 5 accused persons who were before the Court for Riotous Conduct contrary to Section 12(i) of the Public Order Act No. 46 of 1965 and Disorderly Behaviour Contrary to Section 12(c) of the Public Order Act No. 46 of 1965 as repealed and replaced by Section 12(a) of Act No. 15 of 1973.

According to the particulars of offence, Ali Tarawallie of No. 51 Masuba Road, Amadu Williams of New England, Umaru Fornah of No. 1 Kamara Street, Alpha Kargbo-Back of Benevolent School and Ibrahim Morlai Turay of No. 21 Lady’s Mile in Makeni City on Monday, 27th June 2022 within Makeni Township in Shebora Chiefdom in the Bombali Judicial District in the Northern Province rioted and behaved in a disorderly manner.

The accused persons pleaded guilty and asked for mercy.

In his remarks before delivering the sentence, His Worship Magistrate Braima-Jah said bike riding is not a bad trade but the action of the riders have degenerated into an ugly situation that should be properly addressed for the peace and security of the District.

“I therefore sentence as follows; 1st, 2nd, 3rd, 4th and 5th convicts are sentenced to twelve months on Count 1 and twelve Months on Count 2,” said Magistrate Mustapha Braima-Jah, stressing that, “two years imprisonment for both counts and sentencing shall run consecutively. I so order 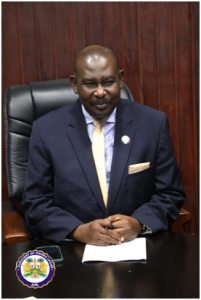