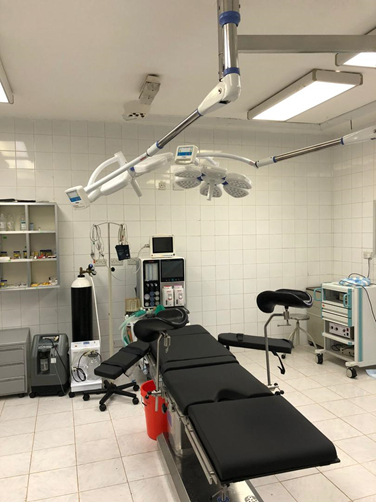 In Sierra Leone, Choithram Memorial Hospital, which is situated at Hill Station, West End of Freetown is well known for providing highly specialized medical services to people from different backgrounds. Since it started operations years back, Management of the hospital has been working assiduously to ensure that the medical facility is brought up to international standards.

When this medium caught up with Dr. Gowrinath M. George, the Medical Superintendent of Choithram Memorial Hospital in order to know what are so far the latest developments that had been undertaken recently , he was quick to intimate that a lot had been achieved as well as stating that other projects are underway.

He underscored that Management of the hospital decided to embark on these latest developments in order to ensure that the hospital is put on a sound footing just like any other hospital in a developed country. “We are very much passionate about offering the best in terms of qualitative medical treatments with the main objective to save lives,” he stated.

Disclosing the developments that the hospital has made, Dr. Gowrinath M. George informed that they recently commissioned the third Operation Theatre (OT) which is well equipped with an Operation Theatre Table, New Led Light with endo mode for laparoscopic operations and a new anaesthesia work station.

Dilating further, he said the operating tables, in all the theatres, are designed to meet all special requirements of operating theatres with powerful and stable electro-hydraulic systems.

He also disclosed how LED operating lights are designed to meet all surgical illumination requirements of operating theatres.

Another new development or move that the Choithram Memorial Hospital has made, according to the Medical Superintendent, is securing new motorized Intensive Care Unit (ICU) beds with New Cardiac monitors. These beds, he explained, could be elevated, tilted or brought into most comfortable positions by the touch of a button.

Dr. George intimated that the six (6) Intensive Care Unit beds are beds specialized for supporting infection control, provide comfort, efficacy, safety and ease of use, and enhance the effective risk management in hospitals.

“These are equipped with assessors, x-ray cassette base holder, and step-less pneumatic adjustment designed for assisting healthcare staff,” he stated.

He hammered home that rising surgical procedures with increase in geriatric population are the driving factor whereas increasing chronic diseases like diabetes, asthma, high blood pressure and others due to changing lifestyle will increase the demand for ICU beds.

Dr. George also revealed to The Calabash Newspaper that construction is in full swing for a new reception, accident & emergency room and four (4) of new Doctors Consultant Rooms.

On his part, Harish Agnani, Head of Choithram in Sierra Leone informed this medium that Choithram Memorial Hospital has been steadily rolling out its Corporate Social Responsibility evident in its philanthropy in terms of medical services for people that cannot afford to pay.

He also mentioned that annually the hospital brings in specialist medical teams from India, UK and Germany to perform surgeries and other medical procedures that are not widely available in the country and very expensive to perform overseas.

Harish Agnani said that the hospital has to charge patients for its services, which are affordable compared to other private facilities in the country.

He also underscored his stance by maintaining that certain customers pay normal costs to aid the running cost since they have to take care of staff, upkeep the facilities and as well maintain various machinery especially the vital and expensive equipment to keep them up and running at all time.

Giving a brief background as to how the Choithram Memorial Hospital started, he said Seth Shri Thakurdas Choithram Pagarani came to Sierra Leone in 1938 and started his own business in 1944 under the name T. Choithram & Sons in a small way that now operates in 27 countries.

Speaking about the founder, Agnani praised Pa Choithram as a great philanthropist, who believed in returning a large portion of his earnings to the society through education and medical facilities. He said that his desire was to provide an ultramodern hospital in Freetown to serve the local populace as an affordable referral Hospital.

In order to fulfil his desire, his sons later started commencement of construction work of the Choithram Memorial Hospital (CMH) in 1994, but had to break off in 1997 due to political instability up to 1999. After the cessation of hostilities, the hospital was completed in 2000 and handed over to United Nations Peace Keeping Forces (UNPKF), free of charge, on the condition that medical facilities shall be provided to local population as well. Both the UN and CMH doctors worked together until 2005.

In January 2006, Choithram took over the entire control of the hospital and has since been operating very successfully with a team of Medical Experts drawn from various nations like Sierra Leone, India, Pakistan, Egypt, Lebanon, Nigeria, Kenya etc. 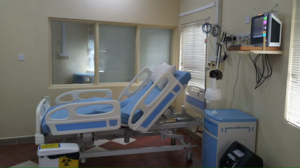