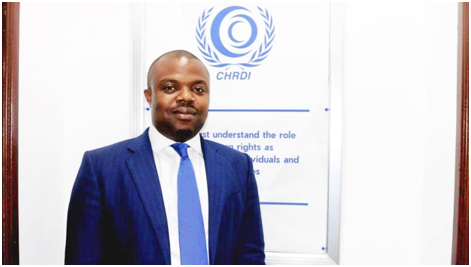 The Campaign for Human Rights and Development International (CHRDI) stated how it would like to voice its concern and displeasure over the recent spate of violent encounters between the police and some citizens in several parts of the country and the capital Freetown.

It continued that a number of people and numerous police officers are thought to have been hurt during the mass demonstration, according to readily available accounts.

CHRDI maintained that it is deeply concerned about those deaths, which could and should have been avoided.

The rights based organization says it wants to remind the security services that everyone in Sierra Leone has the right to assemble under the country’s constitution and other international human rights legislation.

It continued that, therefore, any illegal action by the security actors thereupon is neither acceptable nor justifiable in a democratic society.

CHRDI said a very concerning development for the nation’s cohesion and peace is the ease with which security personnel in Sierra Leone utilized live ammunition to disperse demonstrators in the streets of the capital city and other areas of the country.

It asked the question: “Was the use of lethal force by the police justified?”  The organization stated it is a poignant question that needs to be asked even as the nation deals with the fallout from the despicable incident.

It asserted that they do, however, recognize that the Police must use force when required to uphold the law stating that such a mandate carries responsibility.

In light of the abovementioned issues, CHRDI says it believes it is appropriate to make the following observation that the security personnel must adopt a good community relationship and cease to use force in response to the slightest provocation; that the communities across the nation should try to avoid growing tensions in potential conflict-affected areas.

CHRDI stated that the concepts of democratic policing and justifiable force must serve as the norm for all law enforcement personnel adding that a police officer may only use lethal force after all other non-lethal options have failed or shown no possibility of producing the desired results.

It pointed out that whilst once more decrying all intentional assaults on public and private facilities and the wrongful killing of civilians and security personnel, CHRDI requests that the Sierra Leone Government launch an impartial investigation to identify and prosecute individuals who may be responsible for those atrocities.

The right based entity said the Police should make sure that everyone is allowed to exercise their freedom to protest and should defend the demonstrators from harm adding that any security-related activity must be based on upholding human rights and working to put an end to impunity.

The Campaign for Human Rights and Development International also urges the Government of Sierra Leone to launch an immediate investigation into the lawlessness of individuals and security personnel.

It stated that as a group that advocates for human rights, they will transform the collective rage into effective policy responses that will not only make life safer for citizens but also restore trust in the police and give hope to the families and communities that have been left in despair as a result of the violent acts.

CHRDI ended by stating that when the law is respected, and everyone in every community is treated with respect by the law, everyone in every community benefits adding how they also want to call attention to the duty-bearers who must defend human rights and work to aid those trying to exercise their rights imploring all Sierra Leoneans to maintain peace and tranquilly.

Campaign for Human Rights and Development International (CHRDI) is a rights-based social policy advocacy organisation. We draw attention to the responsibilities of duty-bearers to uphold human rights and seek to support rights-holders to claim their rights. CHRDI is in Special Consultative Status to the United Nations Economic and Social Council and accredited to several UN Agencies.