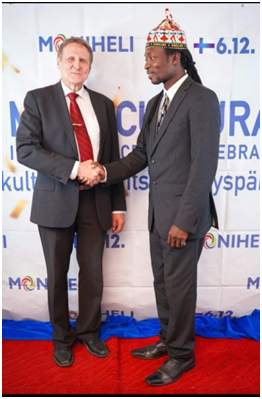 Sierra Leone’s Consulate Planning Office in Finland in cooperation with Africell Sierra Leone, Nordic Eco Properties SL Ltd, Ripsta Culture Worldwide and the Salone Reggae Movement is replicating the idea of climate resilience in civic education and grass root awareness raising campaign at the Attouga Stadium, Freetown Sierra Leone on the 18th and 19th November, 2022 wherein numerous Sierra Leonean reggae musicians will share stage with a popular Finnish musician Charlotta Kerbs who will be sounding the messages of climate change mitigation in the world and especially in Sierra Leone as the country was listed among climate disaster prone countries.

This musical explosion will come in the heels of the Sharm El Sheikh Climate Change Conference which is held in Egypt commencing on the 6th and lasting to the 18th of November 2022.

In retrospect, the indelible scar of the mud and landslides coupled with frequent flooding occurrences that claimed the lives of a good number of Sierra Leoneans is a serious cause for concern that must be addressed by grass root and Government strategic planning schemes through constant engagement on the causes and negative impacts of climate change in particularly Sierra Leone.

According to the Sierra Leone’s Consulate Planning Office in Finland, the urgent need of climate awareness is a global phenomenon to which Sierra Leone is no exception.  The head of the Consulate Planning Office Mr. Sorie Obai Kamara also disclosed that given the COP 27 conference in Egypt, Sierra Leone is also joining forces with Finland in promoting a climate friendly planet through Government to Government arrangement; Sierra Leone is almost an official member of the Finnish Coalition of Ministers of Finance on Climate and through culture and touristic exchange: Sierra Leone Reggae Festival Vol 2 in which a Finnish will perform and deliver the message of climate actions for a better planet.

The Protocol Officer of the Sierra Leone’s Consulate Planning Office,  Keijo Mikkanen, call on every Sierra Leonean to attend the climate change reggae festival at Attouga Stadium on the 18th and 19th November, 2022 so that the interaction and sharing of ideas will bring better understanding of the subject matter. He further opined that, their office will continue to do all within their reach to connect Finland and Sierra Leone in terms of culture, tourism, agriculture and educational exchange.

Akibo Kamara added that the people of Sierra Leone must stop cutting down trees at random but instead embark on planting trees around water catchment areas to save our country from the foreseeable climate disaster predicted by world researchers.

Let’s join hands and save our planet. 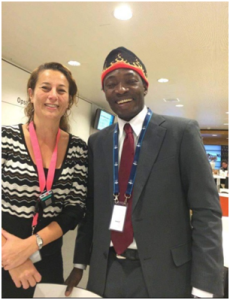