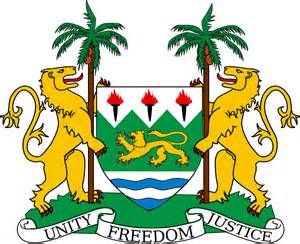 Let us start this commentary by asking: Why do governments exist? Governments originated with the need to protect people from conflicts and to provide law and order. Whatever the reasons, government came into being as people discovered that protection was easier if they stayed together in groups and if they all agreed that one (or some) in the group should have more power than others. Thus, the oldest justification for government is as protector: protecting citizens from violence.

The idea of government as protector requires taxes to fund, train and equip an army and a police force; to build courts and jails; and to elect or appoint the officials to pass and implement the laws citizens must not break.

In more recent years, government responsibilities have extended to the economy and public service. Whilst, the principle of capitalism dictates that markets should be free from government control, when Western European economies spun out of control during the 1930s, and countries sank into great depressions, governments acted. In the United States, Congress created the Federal Reserve System in the early twentieth century to ward off inflation and monitor the value of the dollar. Franklin Roosevelt and his “Brain Trust” devised New Deal programs to shock the country into prosperity.

In modern times, the most fundamental responsibility, besides providing citizens with security is that of providing social programs.

In the United States the tradition began with the New Deal programs, many of which provided people with relief through jobs, payments, and food.

During the 1960s President Lyndon Johnson unveiled his “Great Society” programs aimed at eliminating poverty in the entire country. Though the rules and responsibilities vary greatly through time and place, governments fundamentally exist to protect its citizens from outside interference, invest in its people and provide for their well-being and happiness.

In the latter sense, government is supposed to be a provider of goods and services that individuals cannot provide individually for themselves.

A more expansive concept of government as provider is the Social Welfare State: government can cushion the inability of citizens to provide for themselves, particularly in the vulnerable conditions of youth, old age, sickness, disability and unemployment due to economic forces beyond their control. As the welfare State has evolved, it is seen more as a protector from the harsh results of capitalism.

At its best, it provides an infrastructure of care to enable citizens to flourish socially and economically in the same way that an infrastructure of competition does. It provides a social security that enables citizens to create their own economic security. The future of government builds on these foundations of protecting and providing. Government will continue to protect citizens from violence and from the worst vicissitudes of life.

Government will continue to provide public goods, at a level necessary to ensure a globally competitive economy and a well-functioning society. But wherever possible, government should invest in citizen capabilities to enable them to provide for themselves in rapidly and continually changing circumstances.

Government as investor in the well-being of its citizens means more than simply funding schools and opening borders. If Government is to assume that citizens can solve their own problems, it has to invest not only in the cultivation of citizen capabilities, but also in the provision of the resources and infrastructure to allow citizens to succeed. Thus, government has to invest in an entire infrastructure of child development.

Moreover, meaningful opportunities for continuing education must be available to citizens over the course of their lives, as jobs change rapidly and the acquisition of knowledge accelerates.