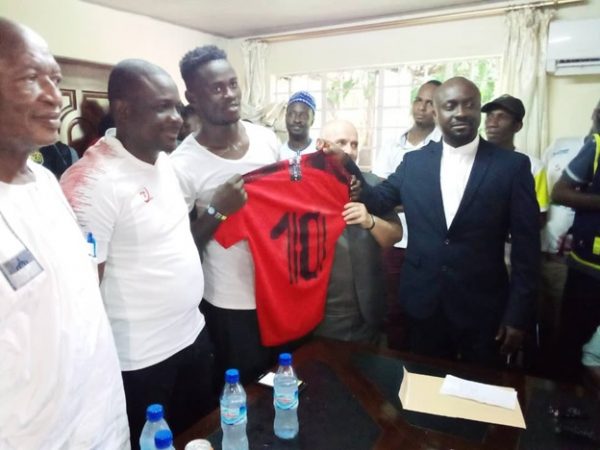 Chairman of the 2019/2019 Sierra Leone Premier League Champions, East End Lions Football Club, Ambassador Anthony Navo Jr, on the 28th November 2019  has said in a jam-packed press conference in Freetown that the executive, management and fan club of East End Lions is aiming at raising Five Billion Leones for the 2019/2020 premier league season.
The East End Lions Chairman took the general membership through the new changes and appointments in the team which, according to him, was to help bring efficiency in terms of raising revenue and make the players more comfortable.

He announced that Alpha Rashid, the new Fan Club Chairman, has been brought to serve as Deputy Team Manager of the club, Dr.Tabitah, an academic, has been appointed as the new fan club Chairman and Dr Fatu Taqi as the new National Global Coordinator for the club. The drive, the Chairman stated, is intended to open up the club to more participation and opportunities. He thanked members of the Elders Committee, the lawyers and all who have given their support in diverse ways to promote the activities of the club.
Junior Navo thanked the Elders Committee, the Fan Club and everybody for the outstanding support given to the club in the last championship and he encouraged the fans to do more in terms of raising the much needed funds for the 2020 Premier League season.

He also disclosed that they have raised 30% of the Five billion Leones projected for the season and noted that there are incoming teams into the premier league like Bo Rangers who according to him would pose a very stiff competition in the league.
A representative from Africell assured the club of their support to the team. He also used the opportunity to congratulate the team for winning the 2018/2019 premier league season and disclosed that Africell is focused on the development of young talents.
The Chairman used the occasion to announce that they have been able to normalize the status of more players and the coaches who were mainly on contracts. He praised the sponsors for the support throughout the season and announced that they will start the new season with a game against FC Kallon.

President of the Club and Chairman for the Committee, Alhaji Gibril Koroma noted that their existence for over ninety years means that they have something to offer and that they have embedded a wining culture and instilled a winning mentality in their players over the years.
He reiterated that he had never doubted the direction the club is going based on the fact that they have a very good Executive that is always in readiness to consolidating the winning culture and maintain the solid structure of the club.
The President, however, entreated all that it is very difficult to maintain the team at the top but that the club has done everything to close ranks and he ended by offering prayers for the Executive to grow from strength to strength.

Very reputable members of the club including Madam Fatu Taqi explained the new membership drive for the club which according to her will soon be announced in jingles and other public notices.
She explained a number of initiatives including selling club brands in a designated shop in Freetown including other good initiatives.

The unveiling of the fan club jerseys and announcement of a number of signings for the new season, and the announcement that the team would visit the Mandingo Mosque  past Sunday to pray for the start of the new season climaxed them occasion. 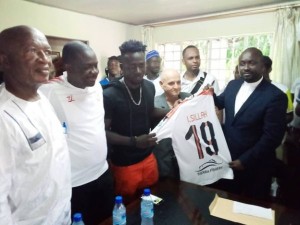 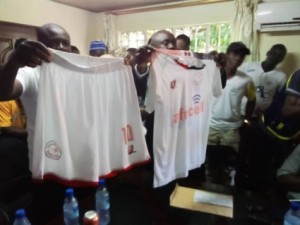