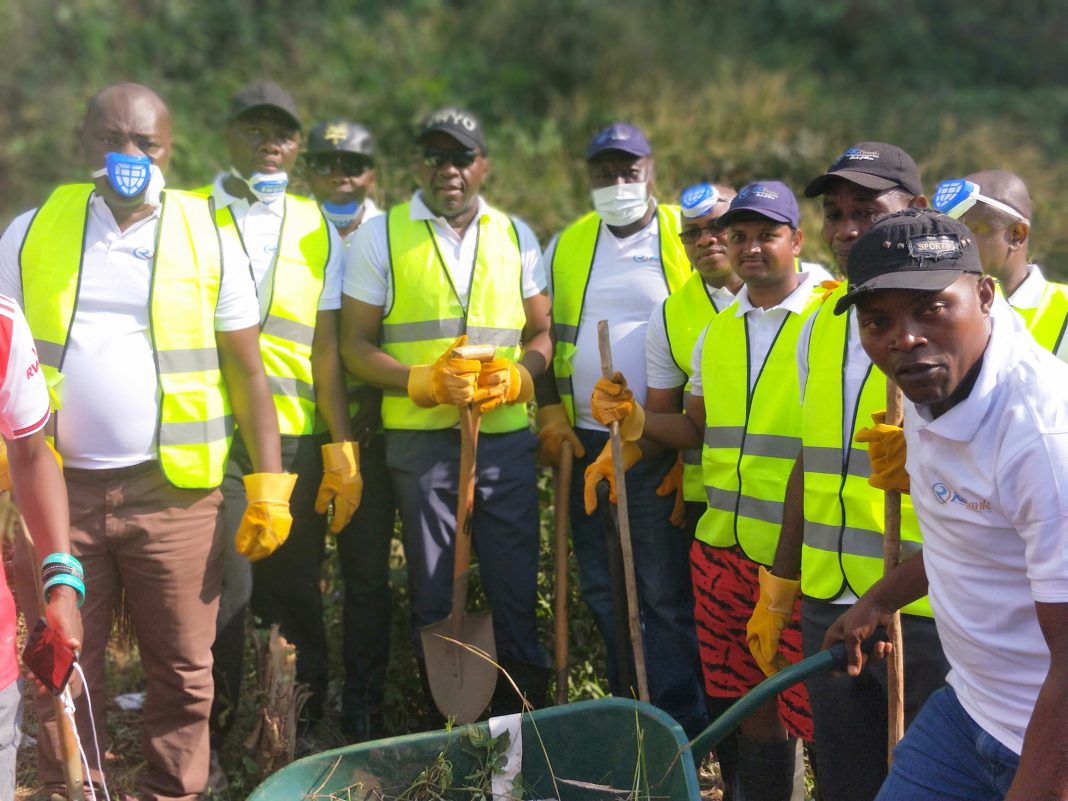 To support Government’s efforts towards making the last national cleaning exercise more effective, which was on the 7th November 2019, the Rokel Commercial Bank (RCB) embarked on cleaning the Regent Community in the Western Rural District. Participants that undertook the cleaning exercise include the Head Women of Regent community Managing Director, Deputy Managing Director, Human Resource Manager, a host of RCB workers from different branches, Brand Ambassadors of RCB and community members.

In his statement during the event, Managing Director of Rokel Commercial Bank, Dr. Walter Gilpin, disclosed that the move to undertake the cleaning exercise was geared towards complementing the efforts of the Government of Sierra Leone towards making the national cleaning day initiative a success, adding that this not they first time the bank has undertaken such a cleaning exercise as prior to that they have conducted such an activity at the Princess Christian Memorial Hospital (PCMH) in Freetown.

He noted how the cleaning will also redefine what people think about bankers being individuals that live luxurious life styles and send the message that they can get involved in community work during which time many will come to know about the services the bank has to offer.

He further maintained that it is also part of their Corporate Social Responsibility as a Bank as will as help them to achieve financial inclusion and inform people about the bank in order for them to believe that there is a need to Bank with Rokel Bank in order to save money stating that the Bank is here to serve the people of Sierra Leone.

Business Centre Director, Rokel Commercial Bank, Prince Williams said that the national cleaning exercise is very key in the New Direction manifesto, adding that as a Bank they thought it fit to complement the effort of Government in that direction.

He pointed out further how RCB has been undertaking other development programs apart from the cleaning exercise mentioning outreach programs and concluded by wishing a Merry Christmas and a Happy Blessed New Year to all their valued customers.

Village Head of the Regent Community, Elenorah Jokomie Metzger expressed appreciation to the Rokel Commercial Bank for choosing their community to undertake the cleaning exercise, which she described as very important towards the wellbeing of the people of Regent community.

She maintained that RCB is the first private institution to undertake such move further expressing optimism that with that move it will push other organizations to join the drive in ensuring that other communities are cleaned.

She extended a request to establish a branch of the bank at Regent Village saying as a community they are ready to receive them with open hands maintaining that such will enhance financial inclusion in the country. 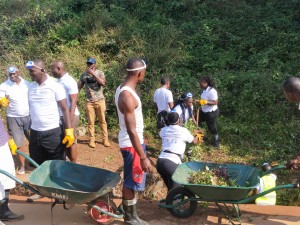