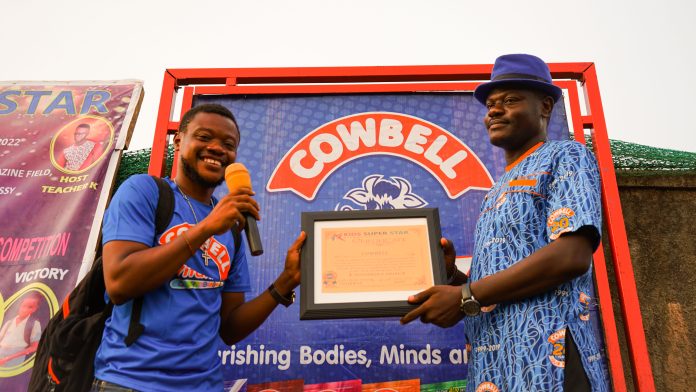 During the commemoration of the Day of the African Child 2022 in the country, Kids Super Star Sierra Leone awarded Cowbell, one of the brands of Premium Divine Trading Ltd, with a prestigious sponsorship award 2022.

The Prestigious Award was presented to the company on Thursday 16th June 2022 during a live musical concert and launching ceremony by, God’s Child, followed by an inter-primary school Africana Competition hosted on the Power Magazine field in the East End of Freetown.

The event featured young Sierra Leonean musicians from the Kids Super Star Sierra Leone Union, a group that creates a platform for kids with exceptional talents in any form of entertainment who are then projected as Role Models or Ambassadors within the society or communities where they reside.

It must be recalled that over the years Cowbell has been supporting Kids Super Star Sierra Leone to commemorate the Day of the African Child and during other events.  Such has enabled the company to continue with its massive milk education and sampling by availing actual and potential consumers of milk nutritious packages to enable children and their families to get good nutrition through the consumption of cowbell milk and strawberry which were sampled during the live musical event.

In addition, the company also donated cartons of assorted Cowbell products to all the seven children who participated in the inter-primary school Africana competition and Kids Super Star Sierra Leone musicians who performed during the event.

Children present, who also had the opportunity to participate in a question and answer session moderated by the company’s representative, also won sachets of cowbell milk intended for them to get quality nutrition.

Presenting the Award, the Chairman of Kids Super Star Sierra Leone, Juan Idriss Conteh, expressed appreciation to Premium Divine Trading Company Ltd for the collaboration which, he said, has contributed greatly towards the promotion of the young talented musicians.

“Congratulations on receiving this Award for providing sponsorship to God’s Child Musical Concert and the Inter-Primary Schools Africana Competition. You have been great, keep up the great work,” he expressed goodwill and gratitude.

He appealed to parents to always buy quality food products from Premium Divine Trading Company Ltd, especially Cowbell milk, saying they are rich with all the necessary nutrients needed for growth within a family in order for the company to be at a vantage position to continue extending their humanitarian gestures to not only Kids Super Star Sierra Leone but to other groups in the country.

After receiving the Award, the Country Manager of Premium Divine Trading Ltd, Kenneth Konuah, commended Kids Super Star Sierra Leone for recognizing their effort as a business entity that is dedicated to the development of children in the country.

“Today our efforts towards the development of children in the country have been recognized by Kids Super Star Sierra Leone for which we are grateful as a company. On Behalf of Management I want to dedicate this award to all our amazing members of staff for their tireless efforts towards the company and to all those who have been buying our products,” he added.

He disclosed that the Day of the African Child is commemorated on June 16 every year since 1991 when it was first initiated by the Organization of African Unity in honor of those who took part in the Soweto Uprising of 1976.

Kenneth Konuah disclosed that Premium Divine Trading, as a responsible company, since last year thought it fit to collaborate with Kids Super Star Sierra Leone during the commemoration of the Day of the African Child in order to promote young talents, emphasizing the importance of good nutrition especially derived through the consumption of milk for growth and vitality.

Cowbell milk, he said is a rich source of protein, calcium, and vitamins A, B9, C, D E, and K otherwise referred to as Vitarich.

He said they are all produced in Ghana by Promasidor Ghana Limited for export sales to some West African countries including Sierra Leone.

He also used the opportunity to point out that Premium Divine Trading Company Ltd also distributes and markets Onga, Miksi Chocolate and coffee drinks, Xploza, Kremela, and Yumvita, the latter being an infant cereal with milk also containing wheat, rice, and maize and that they are the sole distributor of all the aforementioned products in the country.

Many who witnessed the event commended the partnership by the company saying it was a laudable move as the company commits itself to supporting the future generation of musicians and entertainers in Sierra Leone. 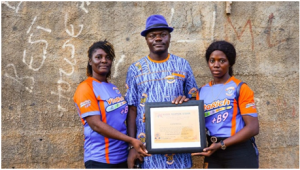 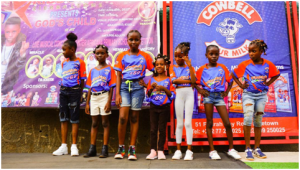