Isatu Haja Bah, a 22-year-old Sierra Leonean Fullah woman, is said to be on the run with her six-month-old son after receiving multiple death threats and physical attacks from family members for secretly marrying a man she had dated against her family’s tradition.

The issue was reported to the Criminal Investigation Department (CID) by her father who claimed that a man by the name of Mohamed Lamrana Bah, has been dating his daughter for years and all efforts to get him off his daughter proved futile.

Haja’s father, Mr Yusuf Jalloh said: “As if that was not enough, Mohamed Lamrana Bah went ahead to secretly married my daughter without her family’s consent, which is against our tradition”. 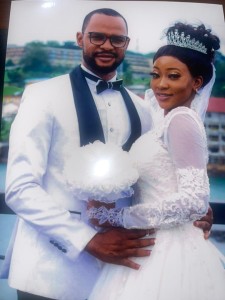 The father went on to state that he has not seen her daughter for two years now, and that he’s made to understand that she has given birth to a male child. He continued that he will never accept the marriage, describing the child as ‘illegitimate’ (a bastard) that does not deserve to live.

Mr Jalloh is the second Imam (one who leads prayers) in one of the biggest Fullah mosques in Freetown, Sierra Leone and it is expected that he and his family should lead their Muslim community by example.

Furthermore, Mr. Jalloh said he had betrothed her daughter (Mrs. Bah) to a 59 years old Fullah man when she was very young; and that the said man has been pressuring him to present his daughter for him to marry her.

This medium can authoritatively confirm that Mr. Jalloh has been suspended from his role as Deputy Imam, and he is facing rejection and, in some instances, hostility from his tribesmen for what they referred to as an abomination committed by her daughter (dating a man before marriage).

This, according to sources, made the family members of Isatu Haja Bah very angry. A close friend of Mrs. Bah (Mariatu Sankoh) told this medium that family members of Mrs. Bah have been desperately searching for her to eliminate her and the baby to save them the embarrassment and provocation.

The friend also told this medium that family members of Mrs. Bah have, on several occasions, attacked and threatened to kill Mr. Mohamed Lamrana Bah for marrying their daughter under such circumstances and putting the name of their family into disrepute. 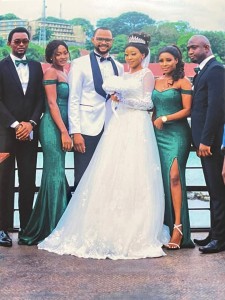 This medium also understands that the husband, wife, and son are on the run/in hiding for the most part of their marriage in fear of their lives and reprisals.

At this moment, every effort to know the whereabouts of the troubled couple and their son have proved futile.

In Sierra Leone, it is against the tradition of the Fullah tribe for a woman to have sex with a man before marriage. According to them, this will subject their family to rejection, public ridicule, and neglect from the Fullah community.

That is why they take the greatest exception to it by preventing both their male and female children from having love relationships before getting married.

A recent study by ‘Salone Health’, a civil society organization, revealed that the Fullah community accounts for 46% of early marriages in Sierra Leone.

Section 4 of the Public Order Act, 1965 states: “Every person who, with a view to compel any other person to abstain from doing or to do any act which such other person has a legal right to do or abstain from doing, wrongfully and without legal authority— (i) uses violence to or intimidates such other person or his wife or children, or injures his property,…shall be guilty of an offence and shall on conviction be liable to a fine not exceeding eighty Leones or imprisonment for a period not exceeding three months or both.

The medium will continue to investigate this matter.