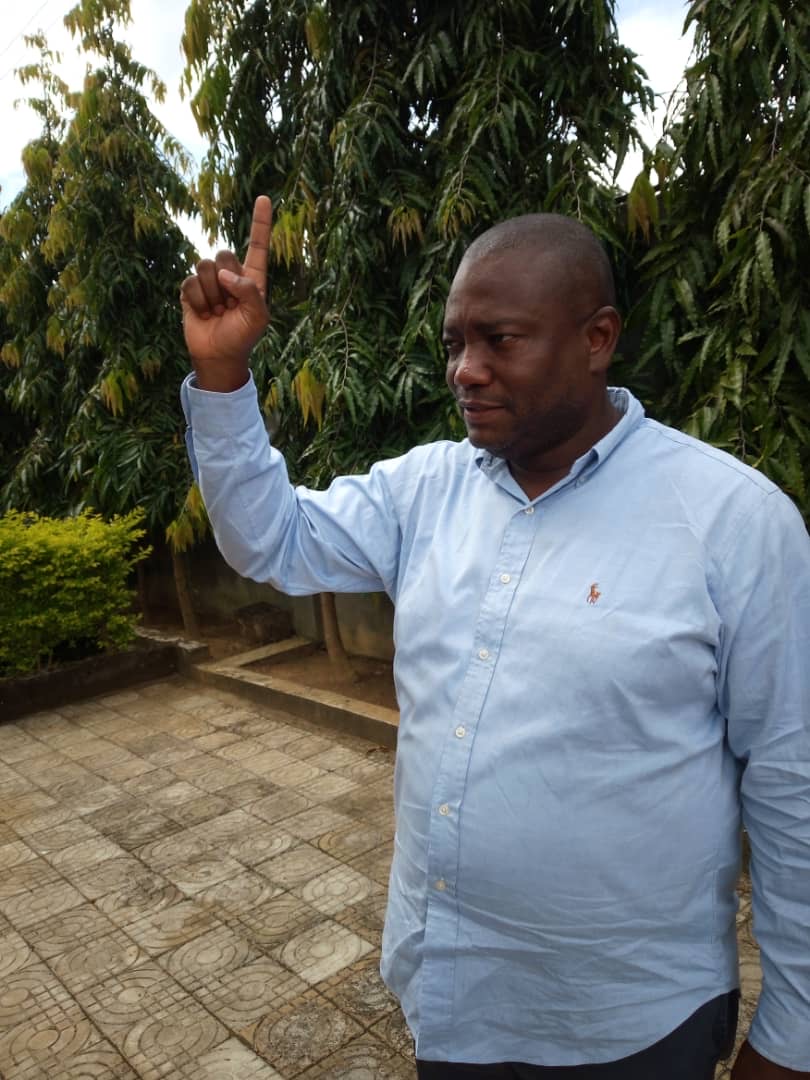 Maxwell Hingha Massaquoi, the Director General of the National Telecommunications Commission (NATCOM) has stated during the institution’s annual retreat, this time round held in Kenema, that he is not that type of person that discriminates against others on tribal lines, underscoring how the telecommunications regulator is indeed a national entity.

Commenting on the aspects of sackings and terminations that have taken place in the Commission of late, NATCOM DG explained how he took over a Commission that was 98% northern dominated, maintaining such did not reflect the national character of the Commission.
He registered that the New NATCOM is undergoing a reshaping phase to reflect regional balance, noting that as a national entity, every region of the country should have a bite of the NATCOM pie, be it in employment or in infrastructure.

Massaquoi affirmed that NATCOM will in that regard continue to do the right things that are in the interest of the Commission and indeed the country.
He went on to explain that his mother is Limba-Loko, his driver hails from Lunsar in the Port Loko district, his two close protection securities hail from Makeni (Bombali) and Magburaka (Tonkolili) and that out of his personal earning, he is paying WASSCE fees for one of his guards who has expressed interest to further his education.
“How can I be classified as a tribalist when my very genealogy reflects a national character,” Massaquoi asserted, pointing out that as of now, northern region employment within NATCOM stands at 43%, Eastern region employees 28%, Southern region employees 21% and Western Area region employees, 13%.

The NATCOM Director General went on to indicate that the re-engineering efforts undertaken by him and his team will put the Commission in good stead to provide the expected service required of it as a telecommunications regulator.

He spoke of the infrastructural developments on the current NATCOM Headquarters by providing constant water supply which had cost the Commission a whopping Le 550million to hire water bowzers on a regular basis. He explained that they invested Le 141million to dig a borehole from which source the Commission now enjoys constant and regular water supply on a 24 hours basis.

He said his management team has over the eighteen months period since he took over, embarked on an Alternative Dispute Resolution mechanism which has enabled the Commission to address and settle almost all of the disputes NATCOM has been enmeshed in over the years, especially with licence users.

“We are not cowing our customers, but we are merely ensuring that we get what we want in the interest of the Commission and indeed the country,” Massaquoi stated.
He said moving forward, the Commission will institute eight new regulations that would be rolled out to Mobile Network Operators and the general public on a quarterly basis for their considerations and inputs, adding that they intend to establish three new zonal offices in Pujehun, Mattru Jong and the Western Area. These, he said, will add up to zonal offices already existing in Bombali, Port Loko, Bo, Kenema, Moyamba and Kono.

He assured that in the coming year, NATCOM will strengthen the re-engineering of its processes to cut down on time frames for licencing and other customer services, bring in new technology, automate it’s processes and transactions through what he referred to as the Regulatory Information Management System (RIMS) that will seek to coordinate and regulate the Commission’s service level agreement.

He assured his team that he and his deputy will develop a thick skin to baseless criticisms and vicious calumny targeted at them by unscrupulous elements within society, who have oriented themselves to be negative at anything they see and hear about NATCOM.

“We will not be bothered by their flimsy charades against us and indeed the Commission. We have committed ourselves to working together and we are convinced that together we will succeed.

We will not bow to any negative propaganda fashioned against us as a team. We will work to prove them wrong and we will prove that this new NATCOM is on the right side of history,” Maxwell Hingha Massaquoi concluded.