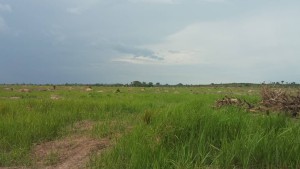 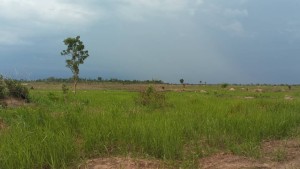 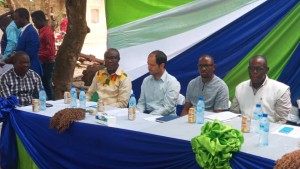 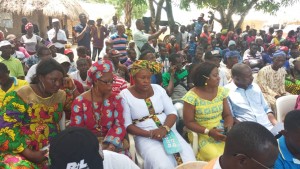 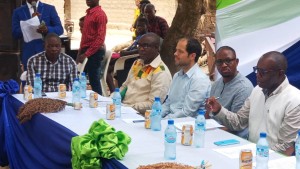 JAMJAY Agricultural, Construction, Estate & Logistics Company Ltd, on the 18th May 2019 facilitated a grand launching of 1200 hectares of land for agriculture and cultivation of sorghum at Malompoh village in Tonkolili District.

In his welcome address, on behalf of the Paramount Chief of Yoni Chiefdom, Kapri Kargbo  thanked everyone for leaving their busy schedules to  attend the programme and pleaded with them to give their fullest support to ensure that the farming land is well utilized calling on the stakeholders to send a message to President Bio to address the road issues in their various constituencies.

Representing the Hon.Member of Parliament of Constituency 042- Hon. Aeron Koroma, Councillor James Sidique Bangura delivered a brief statement in which he said  they are highly appreciative of the development assuring all that they will make proper use of the project at hand and do all within their reach to ensure it to benefits residents in that part of the country and the nation as a whole.

He noted that the  launch of the Jamjay Agriculture farm is a testimony of SLBL’s efforts to change the lives of sorghum farmers and develop agriculture in the country, thereby creating more employment and support Government’s efforts to make Sierra Leone a food sufficient country.

“We are particularly delighted when a top farmer, Denis Jusu, who has excelled in sorghum cultivation, decided to extend into large scale agricultural pursuits in the country. We congratulate him and we are looking forward to continue working together for many years to come,” he highlighted.

In his brief statement, the Agriculture Oversight Committee Hon. Member of Parliament, James William Lamin, dilated on the significance of maintaining law and order quoting  “Sections 13 B & 13F” of the Constitution which talk  of loyalty of the State.

He praised Denis Jusu for his hard work and applauded him for a job well done and officially handed over Denis Jusu to the people of Yoni Chiefdom and admonished everyone to come together and work with him for national cohesion saying they should be patriot and development oriented.

Councillor Abdulia Sesay of Ward 164 Constituency 042 expressed his appreciation for this new development and revealed to his audience that there are hopes for more development to come as his Ward and Constituency are the least developed in the country. He assured Mr. Jusu that they will support this development and also advised the Minister of Agriculture to support JAMJAY further calling on the Minister of Local Government to improve the lot of the Girl Child in that part of the country.

General Manager of Sierra Leone Brewery Limited, Daf Van Tilburg, expressed his utmost satisfaction for what he termed as a fine initiative and development underscoring how he believes that agriculture is the driver of development assuring that with no doubt they will support Mr. Jusu to actualize his vision and  development strides noting that  the nation will surely benefit from it.

He disclosed that the Brewery has been operating for  57 years in the country but its operations was thwarted by the Ebola outbreak in 2013 highlighting that Mr. Jusu is a major sorghum contributor to the Brewery. He mentioned how the company has spent over 278 billion Leones in the last 2 years to improve the Brewery adding that they are working with sorghum farmers and SLARI.

“Mr. Jusu’s organization is the major supplier of sorghum to the Brewery with over 25,000 farmers countrywide,” he pointed out. He called on the Government to support this development drive and improve the capacities of sorghum farmers.

Daaf Van Tilburg said the project is a move to bring Sierra Leoneans together to develop the country reiterating that Mr. Jusu is the head of farmer planting sorghum countrywide and thanked JAMJAY for the new development as well as everyone for their inputs and willingness to give support.

M.B Kallon from the Civil Society Organization made mention of their role in monitoring  Government on development saying they are providing the platform for the people to maximize their aspirations adding that they are engaging the Government to ensure that the interests of farmers are seriously addressed.

He said they are participating to promote the Local Content Policy for the benefit of the people of this country which is why they are present to support Mr. Denis Jusu for this wonderful development adding  that Jusu has created job opportunities for many and is contributing to provided food for the citizenry buttressing how they he will do all their best in advocating for this project to be successful and sustainable.

Mr. Sam Kpaka from the Ministry of Finance said he stands to support JAMJAY because the project is really poised to enhance development and called on Government to support it. He talked about empowering the private sector.

CEO of JAMJAY, Denis Jusu thanked everyone and his wife because her name is on the company’s registration documents saying more importantly he recognizes the person who contributed for the Company’s inroad in the village, Mamie Yeabu Koroma, revealing that she is the back bone for the development.

He talked about his passion for agriculture as well as JAMJAY which he said was formed by certain people also dilating on sorghum cultivation. He said he took the adventure to travel to the USA to study more how to develop agriculture. He thanked Sierra Leone Brewery for their unflinching support for Sorghum farmers saying the Brewery is purchasing over 50 million Leones worth of Sorghum every year and praised Mr. Albert Ojo Collier for his relentless efforts to ensure that Sorghum farmers are empowered.

He assured the Minister of Agriculture and everyone that their story will change by next year and called on the Minister to consider his Farm Manager by paying his salary because he has now retired from SLARI. He thanked the media and the Civil Society for supporting him to reach this far.

According to the Minister of Agriculture, Mr Joseph J. Ndanemah, he said that when President Bio declared his pronouncement in Parliament about agriculture he started making the difference and actualized the President’s speech into action.

He said there is money put aside by Government to support farmers explaining the need for enhancing farming reiterating the support of Government to this project.

The Minister launched the JAMJAY Agricultural farming and thanked everyone.

In her closing statement, the Deputy Minister of Local Government, Madam Melrose Kargbo,  said the initiative is a good example from the private sector thanking God she was appointed as Deputy Minister of Local Government because she believes in action. She promised to do more saying she is happy to be present to make the closing statement disclosing she has her own farm and she’s willing and ready to support the organization because the Ministry of Local Government is passionate to attract investors and investment in order to support local businesses mentioning she has worked before in rural communities. She promised to address the issues associated with the Girl Child admonishing that they must attend school so that they will contribute meaningfully to development in their various communities.

The programme was climaxed by a tour around the farm/ community.