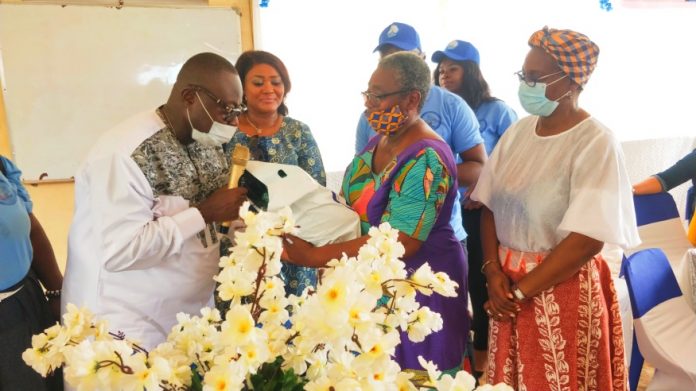 The Chairperson for Teaching Service Commission Sierra Leone Dr. Staneala Beckley has officially launched the Dorwontony Organization for the Aged (DOFA) on Saturday 3rd October, 2020. The organization which was launched at an auspicious event held at the King George’s Six Home at Grafton in Freetown, was set up to cater for the welfare of the elderly people in the country.

While launching it, Dr. Staneala Beckley expressed appreciation to the founder of the organization Dorren Barrie for thinking of establishing such organization that caters for the welfare of elderly people in the country.

She added that old people play vital roles in society such as giving health advice, comfort, and share wisdom of knowledge which she noted were very important roles that should not be overestimated.

Dr. Beckley maintained that their contributions in providing wisdom and advice to younger generations and the society as a whole should be acknowledged, adding that to ensure that older persons can participate satisfactorily in society, certain provisions can be made in the area of infrastructure, in particular in the areas of housing which is very key.

She called on all sectors in society to give their support to the aged and to also appreciate them as old persons.

Founder/Chief Executive Officer, Dorwontony Organization for the Aged, Dorren Barrie, said that they were giving birth to a baby organization that focuses on the welfare needs of elderly people in society.

She noted that the Dorwontony Organization for the Aged attaches great importance to the wellbeing of the aged, including their physical and social wellness.

“I am most delighted to see our fathers and mothers immaculately dressed this morning and their faces beaming with glowing radiance. We can’t be happier than seeing our elderly in such a happy mood. My heartfelt appreciation goes to the Home for the Aged for the care they have been providing for these people. Our interventions will be to complement efforts like this to help address the challenges that go with caring for old people” she noted.

Dorren Barrie added that they also intend advocating for vulnerable aged people to be taken off the streets, engaging the young on the need to care, respect and tap from the knowledge of the aged, adding that Social Security retirement benefits in Sierra Leone were very appalling, which is why retirement for workers in the public sector has historically been very challenging and in some cases, has led to confrontations. Furthering that this is even worse for the average and middle classes, more especially when they become pensioners of these gaps are the reasons for the establishment of DOFA. “The aim is to utilize advocacy and revenue mobilization to promote the welfare of the aged”, she stated.

The CEO revealed that one of the most sensitive stages in the life of any person is old age and at this stage requires everything around the person to become quite delicate and they tend to become more dependent on other people to survive even against their own wish.

Care, support and comfort are very essential factors elderly people need to survive and this leads to a healthy lifestyle. As people grow older, their psychology, physical strength and behavioral patterns begin to change and might end up becoming quite unstable and as such, people around them might be prompted to begin to look at them as burden or liabilities.

President Sierra Leone Association of Journalist, Ahmed Sahid Nasralla, expressed gratitude gracing the occasion, adding that as the organization geared towards supporting the aged in the country which is very key.

He said that populations around the world are aging rapidly and that aging present both challenges and opportunities. According to the WHO, these challenges include demand for primary and longtime health care, need for a larger and better train work force and intensifying the environment to be age friendly. He congratulated the founder of the organization for her strives in making the launch a success.

He congratulated the organization on their launch, adding that as a ministry they believed it will complement their efforts in address the numerous challenges faced by old people in the country.

Mr. Kabia noted that it is a truism that the ministry which set out to provide social services to vulnerable groups should be the heart and the soul of the country, adding that this is because when social welfare fails through the way the nation treats its vulnerable category sends a picture that the country is either failing or in the vague of failing.

The launch was climaxed by presentation of food and non-food items to the King George’s Sixth Home by the Dorwontony Organization for the Aged (DOFA) followed by commissioning of a new rehabilitated well at the facility. 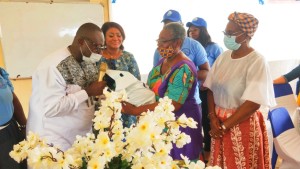 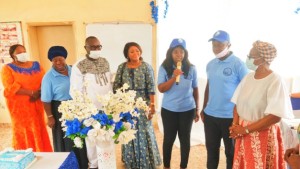 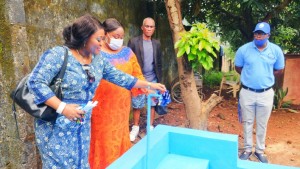 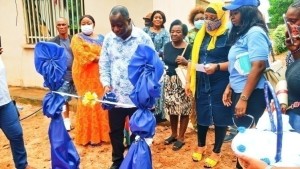 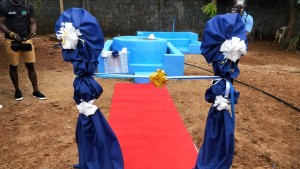