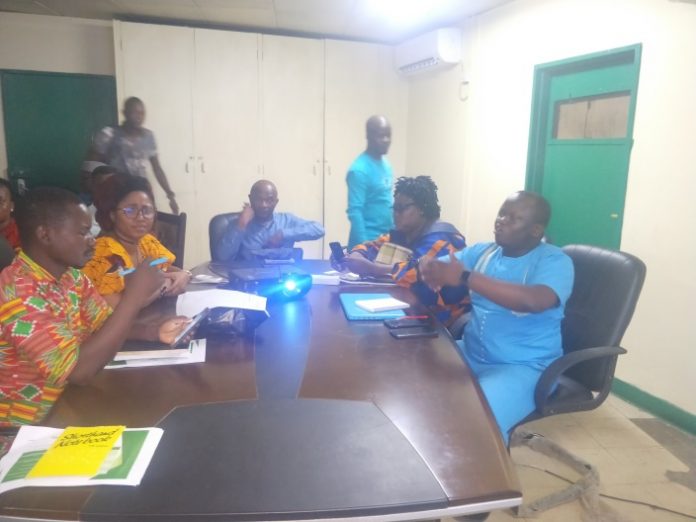 In its bid to enhance quality delivery and accessible electricity services in the country, the Electricity Distribution and Supply Authority (EDSA), from our latest media engagement, disclosed their intention to increase their tariff by December. This disclosure was made on Friday 21st November, 2019 during a press briefing held at the institution’s Head Office on Siaka Stevens Street in Freetown.

Speaking at the press briefing, Project Manager, Electricity Distribution and Supply Authority (EDSA) Ing Mallay Festus Bangura disclosed that the Electricity Distribution and Supply Authority (EDSA) was established by an Act of Parliament in 2011 as part of reforms in the energy sector, adding that among its duties and responsibilities EDSA is to purchase electricity from the EGTC and independent power producers.

Underscoring the current status of the distribution sector he said EDSA is the single buyer of power as mandated by an Act of Parliament in order to distribute and market having in its employ long outstanding experienced engineers and skilled workers with an engagement of a World Bank performance based management contractor to provide support and share expertise. Etc.

The Engineer explained how they are engaged in the expansion of network through electrification of unserved communities in Freetown as well as nationwide installation of more prepaid meters and replacement of faulty meters through various sources of financing (vendor financing scheme and others) which he said will increase more revenue and reduce debts.

According to him ,delay in the payment of meter bills especially by MDAs and others, illegal pilfering of electricity impacting negatively on the financial viability of the utility sector, high cost of purchasing power from IPP’s compared to sale of electricity, currency fluctuation and volatility of oil prices in the international market are all forces they are contending with at the moment.

He furthered that the current tariff is unfair to them as as a company as the average purchase and distribution cost- 1,575 SLL/kwh with an average selling price of 1,335 SLL/kwh

He said that even though they have been operating an unfair tariff they have been able to make some achievements in the past years citing how  EDSA has increased their customer base from 159,888 in March 2017 to 198, 995 in September, 2019. He added that they have also increased the power evacuation within the Freetown Network from an Average of 41MW in 2018 to an average of 51.6 MW in 2019 till date.

In underscoring the impacts on customers & service delivery after the increase in the tariff he said it will allow faster migration from postpaid to pre-paid which ,he said, is an enabler for increased revenue collection and cash flow to support operations, faster response to faulty meter replacement thus enabling cash injection. He disclosed also how it will also improve call center operations and enhance EDSA’s image and customer relationship.

“Cash flow will enhance adequacy in terms of public relations and marketing campaigns relating to customers’ education and awareness and somehow help EDSA in its operations,” he highlighted.