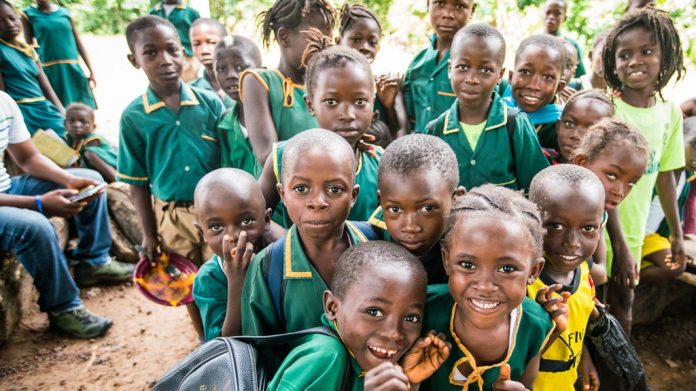 Tackling inequality within education and achieving universal primary education for both boys and girls is pushed heavily by all levels of society, yet never seems to be put into action nor come to full realization. The richest, most urbanised strata of the population continue to reap its benefits. It’s undisputed that providing quality tertiary education fuels the modern world, but whilst tertiary enrolments increase globally, the less-developed regions struggle most. The United Nations Development Programme (UNDP) reported in its Human Development Report that if left unchecked, much of its progress towards reducing education inequality will be undermined.

Along socioeconomic lines, the gap in basic standards of living is shrinking, lifting unheard-of numbers of people out of extreme poverty. Yet in its place, new inequalities are becoming clear, creating long-term issues for future growth. Despite societal development bringing huge benefits, it’s undeniable that the rural to urban gap in education is creating new forms of poverty, data from China’s National Bureau of Statistics show in a 2005 report that despite massive leaps in modernising the country, the rural and urban gap remained static. Only 1 in 100 rural children have had the chance to obtain tertiary education; whilst urban students have a significant advantage with a 1 in 2 chance; over fifty times more likely entering the modern workforce.

Sub-Saharan Africa has experienced massive improvements in development, with life expectancy increasing by more than 11 years between 1990 and 2018, according to AfricaNews.com. Pedro Conceição, Director for the UNDP’s report recently said “What used to be ‘nice-to-haves’, like going to university or access to broadband, are increasingly important for success, but left only with the basics, people find the rungs knocked out of their ladder to the future’. Despite significant leaps being made in development, UNDP Regional Director for Africa Ahunna Eziakonwa, phrased the existing issue “… the goalposts are moving, and we need to ensure that people are well-positioned today to get ahead tomorrow.”

Despite huge leaps forward, inequality continues to plague Sub-Saharan Africa’s progress in human development; albeit, it’s beyond an economic issue, with quality educations being determined by family income, parenting and the cultures views on education; and with large numbers of cultures holding norms impeding gender inequality especially in regards schooling being considered a privilege, not a right. Resulting in fewer girls going to school and education beyond attendance in secondary education being abnormal.

Appropriate measures are slowly being put in place, tertiary education remains inaccessible for rural poor, and with Sub-Saharan Africa holding the lowest average enrolment in tertiary education at 9% compared to the global average of 38%; scholarship programmes are expanding to address the issue. The Mastercard Foundation Scholars Program created in 2012 aims to serve youth with leadership potential and helping those often overlooked e.g. women, rural youth and those economically disadvantaged. Scholarships program are proved to be incredibly effective, with the latest United Nations’ Sustainable Development Goals rapidly expanding the number of scholarships for developing countries, it’s clear some form of action is being made.

Inequality will always continue to exist, although it’s possible to reduce the gap; it is important to realize that the goalposts of what constitutes poverty are continually shifting, and we should learn to accommodate those less well-off. It has been concluded that “the good news is that they are not inevitable. Every society has a choice about the level and kind of inequality it is prepared to tolerate”.