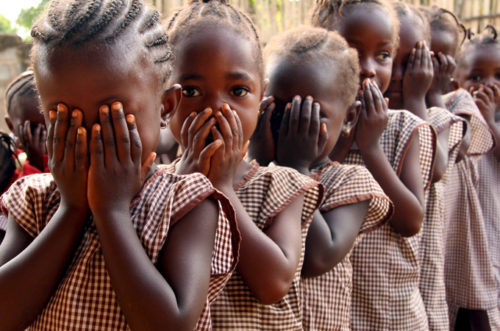 The educational systems in Sierra Leone have been monumental failures. It is obvious. The festering poverty of Sierra Leoneans sitting on top  of some of the wealthiest marketable natural resources in the world is a gnawing pointer to the poor education we have imbibed in Sierra Leone.

Those who think that the quality of education is not the main culprit for Sierra Leone’s daunting poverty don’t  know the essence of education.  Education is all about transferring knowledge to an individual, and/or a society, for optimal survival of the individual or/and society.

Sierra Leone has some of the worst human survival indicators in the world  – this is a disgrace, given the disproportionate natural wealth Sierra Leone is endowed with.

Man is a leadership species and a sociological species. Man can best survive with dynamic leaders within orderly and productive  societies. In Sierra Leone, our educational systems have meant generally breeding a poor leadership at nearly all tiers of our society. We have predatory leadership that have a sense of entitlement in preying (‘ for tiff big money nar gofment’!) on the rest of society.

We have a leadership that does not see it as their responsibility to guide people in  society to improve their livelihoods – a childishly egoistic leadership; and reeking with demonic egotism. We have trained our leadership in educational systems where they think that education is essentially about imbibing information  and vomiting them on paper during examinations to earn credentials; Bachelor’s, Master’s, and doctorate degrees being perceived as  the most superior   – what  I have often disdained as the “classroom mentality”.

And the leadership thinks it is their divine right to steal the most from the impoverished majority  –  once in senior government positions –  the more academic  credentials they have.  Generally, our academic content are devoid of SURVIVAL-CONTENT.

Seriously, I challenge you to randomly ask pupils in primary and secondary schools; students in our universities and colleges… these questions: What does WATER intake do to the human body; and what does inadequate water do to the human body? 98% of them are not likely to answer that  question correctly.

Ask them: What is the quantity of water that is adequate for the human body  in our hot and humid climate in Sierra Leone? 99% of them won’t  answer that question correctly.

Ask them: what are the mineral and vitamin content in fruits and vegetables like mango, orange, tomato, potato leaves, pawpaw, pear, etc. and what happens to the human body when it takes adequate amounts of them; or, does not take them? You could well be speaking Chinese to them. When I was at State House as media adviser to former President Ernest Bai Koroma (January, 2012 and March, 2018), I tried to draw attention to issues on nutrition, and the need for Nutrition Education. That took me to nutrition desks in the ministries of agriculture, and health, and to a special US-government-sponsored unit in the Office of the Vice President, called Scaling Up Nutrition (SUN). They all moaned about one basic problem: inadequate resources to do their jobs.

Around schools and colleges – even the most expensive and elitist  schools  – the hawkers would almost be NEVER  seen selling fruits and vegetables; but their stalls would be over spilling with imported biscuits, chocolates, sweets, and sugary soft drinks.  Why? Simple demand and supply laws. The pupils and students do not create a demand for fruits and vegetables.  Our children lack knowledge that their body needs adequate daily intake of vitamins and minerals.

What sort of education we have in Sierra Leone when pupils and students are not being taught two of the most fundamental needs for survival, adequate water and adequate fruits and vegetables,  until such information is inculcated into them?

The smallness of information being given our pupils and students as “education”  is alarmingly disgraceful.  In the 1960s/early 1970s when  I was a pupil in the Albert Academy in Freetown, we would have FIVE different books for Geography; THREE different books for Mathematics…; about 35 text books which even those from poor homes could afford to buy.

Today, too many pupils in our public  secondary schools go to school with NO TEXTBOOKS.  This continues right up to tertiary institutions. And there, their libraries are largely empty; and the few books in libraries  would be cannibalized.

Are we producing graduates in Sierra Leone who can compete with their academic peers in even Kenya or Ghana? No!

I have had complaints from several employers in the engineering and mineral mining sectors over the past fifteen years  that most engineering graduates from our universities have to go through complete retraining  to be fit to  be put on the job in their companies.  Please, don’t forget my avowed contempt for “classroom education”.

There is URGENT  need for mass education through mass communications out of the classroom.  The Chinese government can give us lessons in this – how they were able to use mass education to hoist over half of their over a billion people from the abyss  of poverty  in just a  few decades.

Until about 10 years ago, the German government was financing a literacy  campaign for  illiterates in Sierra Leone.

Apparently, that just fizzled out – even as our illiteracy levels have remained  stagnant at 80% of our population; our educated populace with primary and secondary school qualifications are pathetically shallowly-educated; and even those educated to tertiary levels are generally mal-educated, and not competitive even in the terrain of West Africa.

I am unimpressed by the Bio Administration’s emphasis on “education” if it means perpetuation of those educational systems that have scandalously failed.  We need Environmental Education. We need Nutrition Education.

If our experts in our governmental systems would not be largely  mediocre professionals, classroom-mentality bureaucrats, they would have long since made contact with me to ask questions on my ideas, and to guage my passion, and  support my energy for this subject.  Alas, they wouldn’t!!

Classroom- Mentality types are very unlikely to tap the minds of the knowledgeable citizenry if they are not in classrooms. Can the populace hear  me?  Can ‘revolutionaries’ hear me?

We need mass education of the populace  – especially children and youth to disempower, and negate the influence of, those mal-educated Sierra Leonean leaders who every second today on social media  are screaming “APC… SLPP… NGC…” –  when the vast majority of our populace lack basic survival knowledge.

They can also team up with the Anti-Corruption Commission (ACC) for close monitoring and evaluation on what the Government of Sierra Leone is going to do  with the $50 million that has been gotten from the World Bank – taking advantage of the Access to Information LAW of Sierra Leone to DEMAND information from government.