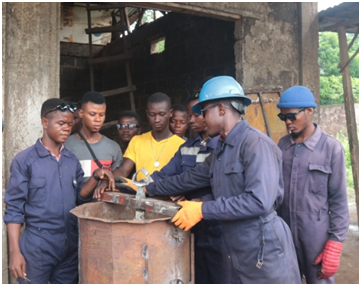 The International Fund for Agricultural Development (IFAD) on the 17th November, 2022 announced the visit of the delegation of its Executive Board members to Sierra Leone from the 19 to 26 November 2022.

It was also indicated that the Board Members will be accompanied by the Associate Vice President in charge of programme department  , the Regional Director for West and Central Africa , the Country Director for Sierra Leone and Liberia of IFAD as well as other IFAD Senior Staff from HQ.

In line with the procedure approved at its session in December 2012 regarding the Executive Board’s annual country visits, the Board decided to undertake a country visit to the Republic of Sierra Leone in November 2022.

The objective of the visit is to promote strategic partnerships with the Government and IFAD on agriculture and rural development. The visit is also a great opportunity to gain knowledge and understanding of IFAD’s work in the field, including the challenges and constraints faced by IFAD-supported operations.

The delegation will visit IFAD and the Government of Sierra Leone funded projects in Bo, south of the country, Kenema in the east, and Makeni and Lungi in Port Loko, north of the country. They will see first-hand how programme participants; in particular women and young people, have improved their lives, and discuss with them what further challenges they face.

IFAD is the largest and most active donor in Sierra Leone’s agricultural sector, and it has supported the Government in its fight against the Ebola Outbreak from 2014 to 2016. When many of institutions close or downsized their operations, IFAD supported community banks and financial services associations known as village banks remained the sole providers of banking and financial services in most areas of the country. More recently, the Rural Poor Stimulus Facility, implemented through the Agricultural Value Chain Development Project has helped mitigating the negative impacts of Covid-19 on the livelihoods of the small-scale farmers and other rural people across the country.

Since 1979, IFAD has partnered with the Government of Sierra Leone to combat hunger and rural poverty. To date, the Fund has invested US$171.25 million in nine projects and programmes in the country benefiting 547,500 rural households. 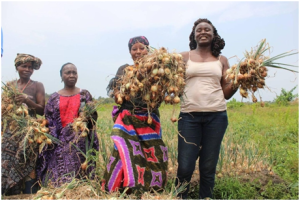