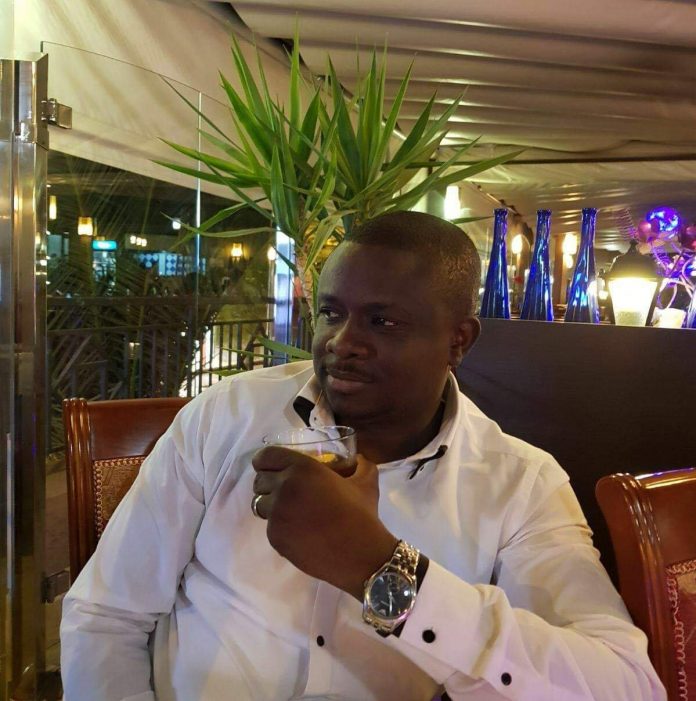 The Communication Team of one of Sierra Leone’s enterprising entrepreneurs, Amb. Anthony Navo Jr has strongly debunked false rumours peddled on the social media with the avowed object to tarnish the hard won reputation of a fine and charismatic personality.
The team directed a statement to all persons, organisations or institutions that have in the past and at present engaged in or have embarked on the defamation of Ambassador Anthony Navo’s character and reputation either through direct postings on social media/blogs, in print or electronic media, with intent to defame or cause damage to his reputation.

“You are hereby directed to CEASE AND DESIST ALL DEFAMATION of Anthony Navo’s CHARACTER AND REPUTATION,” it stated its position and furthered:

Anthony Navo is a well -respected individual in the Sierra Leonean community and has spent years serving the community in different capacities, and has built a positive reputation throughout that period. At the British Council In 2009, the Young Leaders Sierra Leone Network voted Anthony Navo as their youth ambassador, testament to his active role in Youth Empowerment across the country and beyond. Ambassador Navo’s appointment as Youth Ambassador is underpinned by his longstanding commitment to young people, peace, justice and service to nation-building since he started public life. Ambassador Navo has always been a member of youth empowerment groups and has worked with students for over 15 years. Ambassador Navo has been aware of the support that has been extended to him by members of the public both in Sierra Leone and in the diaspora. He feels extremely fortunate to have so many people supporting him and knows that the position he holds in his community comes with huge responsibility and credibility, including corporate social responsibility.

Ambassador Navo has never been comfortable with the defamatory statements being directed at him, but he has tried to ignore all these hate messages and develop a thick skin. He has not taken formal action on the very regular publication of fake news and fictional stories that are written about him. He has worked hard to keep the peace and develop a good relationship with members of the public, focused on his work and contributions to nation building. But the last past months after the presidential elections in Sierra Leone have seen a line crossed. Ambassador Navo has been subjected to a wave of abuse and politically motivated attacks.

Claims of Ambassador Navo supporting a certain political party are not only false, but are malicious and defamatory. Claims of his business activities and private life being shared on social media are also untrue and misleading. Not one of the people who worked with Ambassador Navo both in Sierra Leone and in the diaspora have ever spoken ill of this outstanding Sierra Leonean who is one of the biggest employers of youths in the country. Hundreds of people can testify either directly or indirectly to Ambassador Navo’s unparalleled generosity and kindness. Some beneficiaries have never even met the man in person.

For those who may not be aware, Ambassador Navo’s AYV Media empire is a combination of what has been described as a social enterprise and profit making venture. To kick-start the AYV project, Ambassador Navo had to secure a $1.2 million loan from GT Bank that was used for the purchase of necessary technical equipment and for operating expenses. Apparently, it has been reported that GT Bank was the only bank that had faith in the media mogul’s business idea after using his house as collateral. Ambassador Navo is not only a hardworking Sierra Leonean, he is an example of what every Sierra Leonean should aspire to be.

On the 15th of February last year, AYV was the venue for the hosting of the 2018 Presidential elections debates for the first time in the history of Sierra Leone, a feat that culminated in the BBC Media Action having Africa Young Voices (AYV) radio down as the most listened to radio station in the North and West of Sierra Leone.

It has come to Ambassador Navo’s attention that some people have been engaged in spreading false, destructive, and defamatory rumors about him through social media using WhatsApp messenger and Facebook in an attempt to soil his hard-earned reputation. This will no longer be tolerated, as Ambassador Navo does not in any way deserve such malicious attempt to drag his name through the mud.

Under Sierra Leonean law, it is unlawful to engage in defamation of another’s character and reputation. Defamation consists of

(1) a statement that tends to injure reputation;
(2) communicated to another; and
(3) that the speaker or writer knew or should have known was false.

Accordingly, Ambassador Navo’s Communications Team demands that all who are engaged in such immediately cease and desist the unlawful defamation of Ambassador Navo, and any further attempt to defame him will be deemed as reprehensible, and punitive action will ensue. If this cease and desist demand is not complied with, Ambassador Navo is entitled to seek redress in a court of law in the form of monetary damages and equitable relief for your defamation. Your liability and exposure under such legal action could be considerable.

Ambassador Navo has asked for this statement to be issued with the hope that those who have attempted to tarnish his reputation will stop and reflect on the consequences before any legal action is taken. As a matter of fact, it is unusual for Ambassador Navo to issue a statement, but in doing so the Youth Ambassador is hoping that well-meaning Sierra Leoneans will understand why he has felt the necessity to go public and set the records straight.

Before taking these steps, however, Ambassador Navo wishes to give you one opportunity to discontinue your illegal conduct by complying with this demand within the next 24 hours.

Ambassador Navo will continue to remain focused on the important job of running his media entity and to continue to advocate for the rights of young people and good governance in Sierra Leone. No amount of defamation and harassment will prevent Ambassador Navo from pursuing his engagement with AYV and the critically important work to promote good governance and seek justice for all the people of our country. AYV will continue to be your home for factual, credible, and balanced news and content for its audiences in Sierra Leone and across the world.

Thanking you all for your kind understanding and cooperation in this matter.