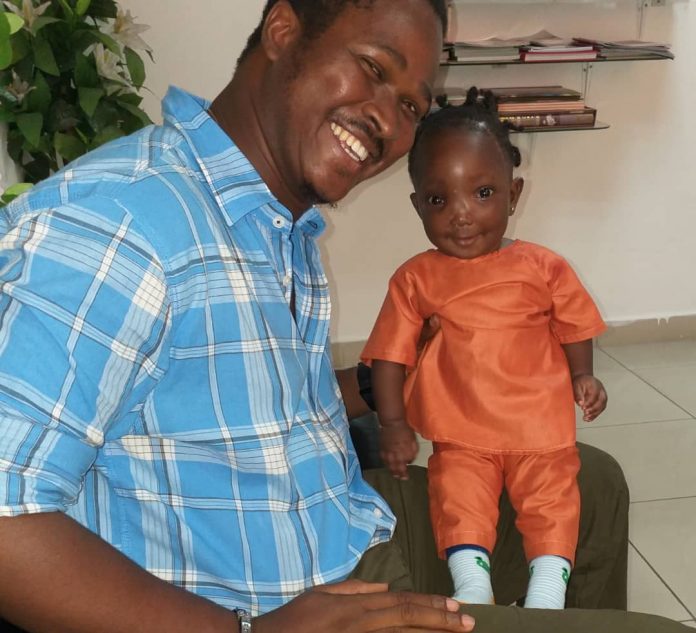 Caritas has again made another meaningful intervention. As a way of giving underprivileged children a second change in life, Caritas Freetown, a development wing of the Catholic Church, has opened a Sick Baby’s Donation Account at the Zenith Bank for organizations, banks and other corporate institutions to donate Le 10,000 monthly.
This came as a result of the growing demand of underprivileged children seeking help from the organization.
Ishmael Alfred Charles, Programs Manager, Caritas Freetown & HIRF Lead Campaigner for Sick Babies, called on organizations, banks and other corporate institutions to coordinate their staff to donate Le 10,000 monthly as a way of saving lives.
In an interview with this medium, Ishmael explained that Caritas provides support to ever needy Sierra Leonean irrespective of age, race, sex or religion, emphasizing that Caritas is targeting the poorest of the poor and that they are serving all those who are in need.
Ishmael went on to explain that over the years, Caritas Freetown have been very instrumental in handling emergency and development related programs.
He spoke about some of the projects they had recently embarked on such as the involvement in lead disaster management and community development at the Culvert community and provision of psycho-social support.
He said they are currently running four clinics and one hospital at the diocese level and they are also involved in health supplies and materials to other dioceses which do not fall under their purview but they were supporting other Catholic, Government and other hospitals across the country.
He pointed out that Caritas Freetown is also involved in research based programs, dealing with inter-generational impact of the war issues and specifically targeting ex-combatants, working very closely with Ebola survivors, orphans and Ebola widows.
“Our programs mostly focus on dealing with the vulnerable irrespective of gender.”
The most recent campaign being carried out by Caritas Freetown is the emergency campaign for sick children.
Thus he said Caritas Freetown raised resources for four different children that have gone to India for different complicated surgeries and all of them have been successful so far.
“We continue to solicit funds; we have five other new cases currently with different circumstance such as kidney dysfunctional, tumour in the eye among others. All critical circumstances that we had not able to within the country had been flown out, which is why we are calling for support from Sierra Leoneans and non-Sierra Leoneans to support these children.”
The Lead Campaigner spoke about their main challenge, which is to be able to attract committed Sierra Leoneans to have the funds raised as one that was very difficult.
“In the past cases of baby Mariam and Mariama, we had to stand in the streets of Freetown for four weeks begging with our boxes and flyers and this was a very difficult task. It is one that requires lots of energy and zeal and we also had to deal with the humiliation and negative treatment in the streets. However, for the love of humanity and the desire to be able to save those lives, we had to take those very difficult ventures. Many of our volunteers were not happy and willing to do that, they were only doing it because we wanted to save lives.”
“We are appealing to all to make a monthly donation in the love cultivation campaign. Nothing is too small. It is a process of cultivating love for other people and for those who are in need.”
On the side of transparency and accountability the Lead Campaigner further stated that
“Baby Mustapha was our first case and we were looking for Thirty six thousand Dollars and we raised forty one thousand. The remaining $ 5 thousand Dollars was used for his medication. We are very transparent. The same with Baby Marian we are still looking for additional support. We will continue to give the public updated report about the money and all other information about the baby.
He said there are too many cases of sick Baby’s and since they have succeeded in the few cases.
“To be able to give these children a second chance, we are begging everyone to make a monthly commitment. Whatever amount you can pledge monthly, will help us speedily help give these poor children a second chance.”

He said if anyone wants to donate he or she can visit:
Zenith Bank and ask for the Sick Baby’s Donation Account

Commit yourself to donate now and let’s save more lives. Nothing is too small.