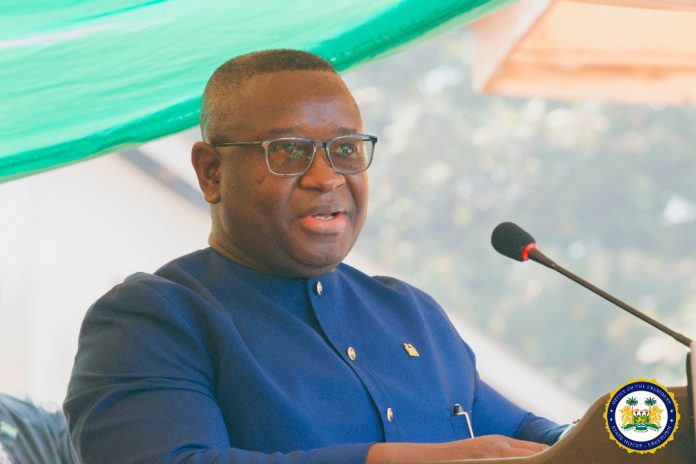 For a considerable period of time, artisanal mining had gone down the drain. In an exclusive interview, Prince Kai Saquee, Chairman of the Diamond and Gold Dealers in Kono district, passionately made an appeal to the Government of President Julius Maada Bio to let artisanal mining resume.
It will be recalled that the Minister of Mines and Mineral Resources, Dr. Morie Manyeh, slammed a ban on all artisanal mining activities in the country until regulations are put in place to comply with the Environment Protection Agency’s (EPA) Environment Protection rules.
The stringent measure on artisanal mining has negatively affected the livelihood of a considerable number of people especially in Kono, Kenema and Bo districts. “Most depend on artisanal mining…This ban has affected economic activities in many diamondiferous areas,” Mr. Saquee opined.
He went further to state that most of the artisanal miners cannot afford to access mining company licenses. “This is way above our means…Our people depend on alluvial mining to make ends meet on a daily basis…They cannot afford to engage in capital intensive mining”, he underscored.

Recently, the Chairman of the Diamond and Gold Dealers made an appeal to President Julius Maada Bio to graciously consider the welfare of his people and allow the resumption of alluvial mining all over the country.

The Mines Minister said that those who want to use excavators to mine must possess a small scale mining license. “We do not issue mining licenses to companies that do not have an EPA (Environment Protection Agency) license. That is a pre-condition that is non-negotiable,” Dr. Manyeh emphasized.
Dr. Morie Manyeh called on those engaged in artisanal mining, but using excavators, to either upgrade their status to small scale mining.
The artisanal miners are graciously appealing to the Government headed by President Julius Maada Bio to lift the ban maintaining that life for them is presently hard.