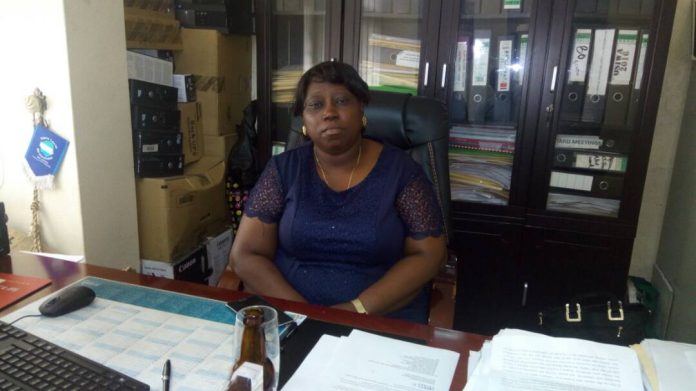 Madam Claire Carlton Hanciles remains a dignified personality who has contributed in her modest ways to the development of Sierra Leone.
Her success story deserves commendation as the first Sierra Leonean Deputy Principal Defender and later Acting Principal Defender of the UN Special Court for Sierra Leone. Her role as the Director of Legal Aid Board is extremely important if we are to discountenance the belief that “Justice is for the strong”.
As Director of the Legal Aid Board, Madam Carlton Hanciles, has performed remarkably well and with distinction. Kudos to Madam Claire Carlton Hanciles for a wonderful job.
The Office of Director of Legal Aid Board deserves better conditions of service because it is this office that will take Sierra Leone to the ultimate; where justice exists for all and where powerful individuals and the State can be limited by virtue of access to legal resources.
Without justice, no man can live in peace and this explains why the State should invest greater resources in the Legal Aid office and provide them with better conditions of service.
No amount of intimidation backed up with malicious, baseless, wicked, false and intentional blackmailing from discredited, demoralized, degraded, disfigured, destabilized, dismantled and mentally disoriented stress, frustrated, confused and tormented slanderous individual(s) will bring her down.

For the sake of clarity, the Legal Aid Board Act, was passed by Parliament in 2012 and the Board effectively and efficiently started operations fully in 2015, and In 2016 Regional Tour started for the establishment of Legal Aid Board Offices within the nook and cranny of the entire country and if I could vividly remember, Makeni LAB Office, was the first to be established/opened, followed by Port Loko, Bo, Moyamba, Kono and Kenema respectively.
She was and still is a Public Servant, tasked with the responsibility to serve the public, irrespective of tribe, political affiliation, ethnic origin, sex, age and status.
One should be 100% passionate to work for the less privileged/Indigents.

Essentially, the Executive Director, Legal Aid Board, Fatmata Claire Carlton Hanciles Esq, has been and is still a servant of the people, her legacy and achievements will guarantee the road map to national prosperity. She is a strong, honest, trustworthy, dedicated, enlightened, visionary and patriotic leader and her administration will diligently work towards justice related issues for the people of Sierra Leone.
Fatmata Claire Carlton Hanciles, believes leadership is about values, common purpose and vision and not about nepotism, tribalism and regionalism and that’s exactly why she always help people, not because they come from the same region, family background, tribe, political affiliation, age and status, but because it’s a moral obligation to share her blessing with people.

She’s a true well-grounded leader/citizen who’s dedicated to the common cause, having a down to earth personality and throughout her adult working life tenure as Lawyer, ranging from Private Practice to the Special Court and now Legal Aid Board, all the places she has worked and is still working, she always leaves and continues to impress an exclusive, exceptional, excellent production track record.

It’s nothing more than trust and confidence that could have prompted H.E Bio to maintain Fatmata Claire Carlton Hanciles, as Executive Director, Legal Aid Board.