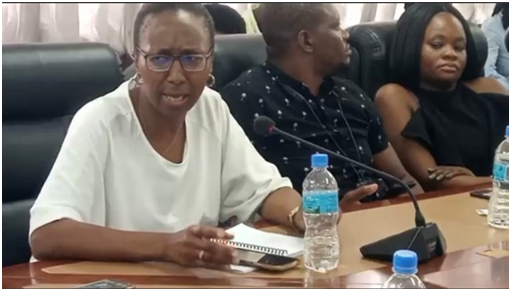 Jenessi Matturi, Secretary General of the Sierra Leone Female Premier League Board, on the 20th October 2022, intimated the Press, during the Ministry of Information and Communications weekly Press Conference, that the first female premier league in the country commenced on the 15th October 2022 with twelve teams in different region across the country participating in the competition.

According to the Secretary-General prior to the commencement, they, officials of the Sierra Leone Female Premier League, paid several regional visits so far to concerned regions in order to sensitize the players, club representatives as well as parents of the players about the importance of female football.

She further revealed that President Bio has assured that Government will support the League adding that various corporate entities have also been very supportive.

The Secretary-General further disclosed that prior to the commencement of the League, they organized training sessions for match officials, coordinators, referees and also explained the outcome of first match that took place in Makeni as well as the scores.

She then gave a run down or fixture of the remaining matches that should be played alongside the various locations across the country.

Madam Jenessi, in highlighting some of their expectations to take the league to another level, stated that women football has not been active in the country for a considerable period of time also maintaining that they are expecting to attract more female kids to play football expressing hope that such will inspire more girls to participate in the league.

She maintained that young girls must not only be in the position of playing football but should also concentrate on their studies, stressing that football goes hand in hand with education

As Cost Of Living Soars, Difficult Times Lie Ahead…