As part of her annual Ramadan Feeding Program, a gesture geared towards dishing out food items to Muslims across the country by way of supporting less privileged Sierra Leoneans across the country, the First Lady of the Republic of Sierra Leone, Fatima Maada Bio, in partnership with the Sierra Leone People’s Party Julius Maada Bio Women’s Wing and their associates has on Tuesday 12th May, 2020 launched the National Food Basket Feeding Program which is geared towards providing 10,000 households with food condiments including bags of rice, onions, palm oil, sugar etc. throughout the country. The launching ceremony took place at Jerusalem Avenue, Metchem at Goderich in Freetown.

In her address, the First Lady of the Republic of Sierra Leone, Fatima Maada Bio, disclosed that they started the feeding program for over six years now, an initiative which it was said commenced even before taking the mantle of political leadership.

She added that they thought it fit to continue the initiative saying that this time around they are doing it in a grand style, noting that due to the outbreak of the coronavirus in the country they will not be only feeding Muslims but also Christians and the less privileged Sierra Leoneans across the country.

The First Lady stated that this year’s National Food Basket program will target 10, 000 households nationwide for a start further pointing out that they are not only limiting themselves to this number but  have plans to target more households and so in that regard called on other institutions or individuals to support the program.

She further disclosed that His Excellency President Maada Bio celebrated his birthday on the 12th May, 2020 which happens to be the same day of the launch of the National Food Basket, disclosing how the Sierra Leone People’s Party Julius Maada Bio Women’s Wing normally celebrates the birthday of the President but due to the COVID-19 outbreak in the country His Excellency has told them that whatever they want to do for him should be given to the poor which is why they decided to launch the program.

She further disclosed that all monies expended have nothing to do with the Government of Sierra Leone but rather came from the Sierra Leone People’s Party Julius Maada Bio Women’s Wing in Sierra Leone and in the Diaspora and its associate members who together put the food items together in order to celebrates the President’s birthday and also as a way of giving back to society.

She revealed that the food condiments include bags of rice, onions, palm oil, sugar, etc. and they will be distributed nationwide to households and that the distribution exercise will target the right beneficiaries regardless of political parties, region, tribe etc.

Fatima Bio also noted that in order to curtail the spread of the Covid-19 pandemic in the country, they will also be distributing 70, 000 Face Masks to Bike Riders, Persons with Disability, Market Women, Taxi Drivers etc. She also encouraged all to use face masks and to adhere to all the preventive measures instituted by the Government of Sierra Leone and the health practitioners.

She commended the inmates who produced over 55,000 of the face masks which will be distributed nationwide.

She assured Sierra Leoneans that the distribution will target all the 14 Districts in the country. 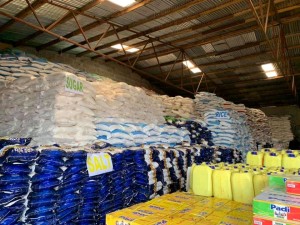 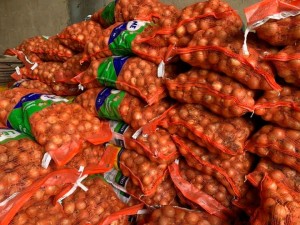 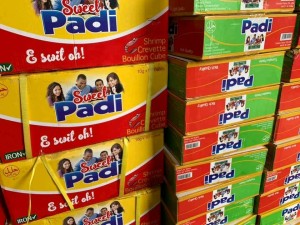 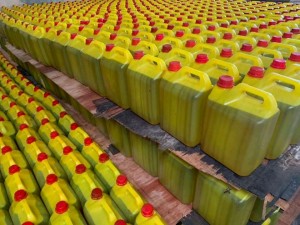