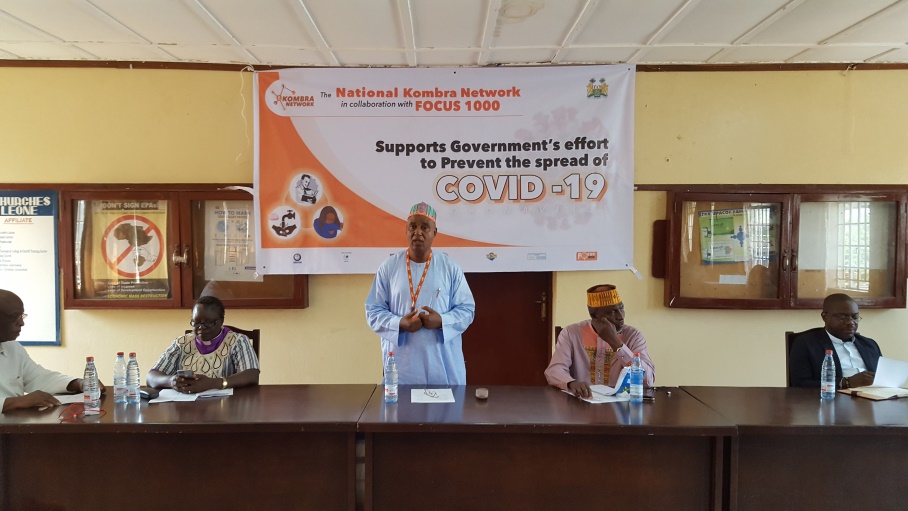 On the 1st April 2020 an engagement of relevant stakeholders took place at the Conference Hall of the Council of Churches in Sierra Leone during which the National Kombra Network in collaboration with Focus 1000 pledged support towards Government’s efforts in preventing the spread of COVID-19.

The support was made during the one-day engagement for members of the network; market women, Christian and Muslim religious leaders, the media, Focus 1000 staff, Traditional healers, Youth and Women organizations and United Council of Imams among others.

Chairperson for the workshop, Dr. Abu Pratt applauded FOCUS1000 for the selection mix which he said has comparative advantage. He reiterated that people respect religious leaders and what they say is always held sacred.

“The Imams and Pastors are very respected and trusted across the country. Most people go to traditional healers for consultation when they are sick; we want to appeal to them and for them to work strongly with us to reach our people about the sick pandemic,” Dr. Abu Pratt stated.

Explaining the objectives of the meeting, Focus 1000 Chief Executive Officer ,Alhaji Mohamed Bailoh Jalloh, encouraged the team to practice the good example demonstrated at the workshop when it comes to social distancing. He expressed happiness about the composition and disclosed that they have messages which they want to disseminate to communities.

On the side of the National Kombra Network, Mr Jalloh said they have formed the Network in all the districts but now they want to form the National Executive which is headed by Dr. Sheik Ramadan Jalloh as the Chairman.

Donald Theo-Harding, Secretary General of the Network introduced the National Executive of the National Kombra Network which comprises 12 executive members.

Dr. Sheik Ramadan Jalloh, Chairman of the National Network, thanked the Government and Focus 1000 for the impact they are making in society.

He continued to say the formation of the network is in the foundation of the Focus 1000 and for them to see themselves as part of the Network is something they consider as one important thing.

“We should work together and see this task as a Godly one. The Executive is formed for us to be able to coordinate and streamline the messages from the Quran and Bible for it to reach the last person.”

National NGO Coordinator in the Ministry of Planning and Economic Development, Eric Massally, said Sierra Leoneans don’t need to either panic or lose hope in God. “Let us ensure that we have hope in God and He will be in control,” he admonished.

He pointed out that they don’t want to fight the battle in isolation which is why they have agreed to come together and get one message which they will pass across with one voice.

He disclosed that there is one strategic plan from the Government which they have shared to their development partners and NGOs as they don’t want the Ebola situation to repeat itself. “These are the right people for us to succeed. I want to appreciate Focus 1000 for the initiative for us to work as one,” he said.

Chairman- Board of Directors Focus 1000 and President Islamic Religious Council (SL), Sheik Abu Bakerr Conteh congratulated the new Executive and members of the network. He expressed hope that they will go into action immediately after the workshop.

A presentation on the status of the Coronavirus Covid-19 was done and Christian, Islamic, Socio-Cultural and Traditional approach to Covid-19 were presented by group representatives. 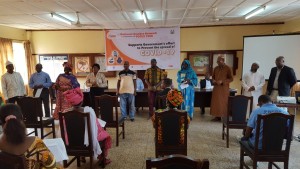 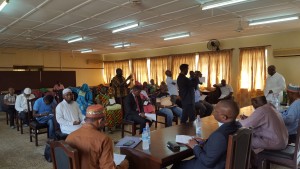