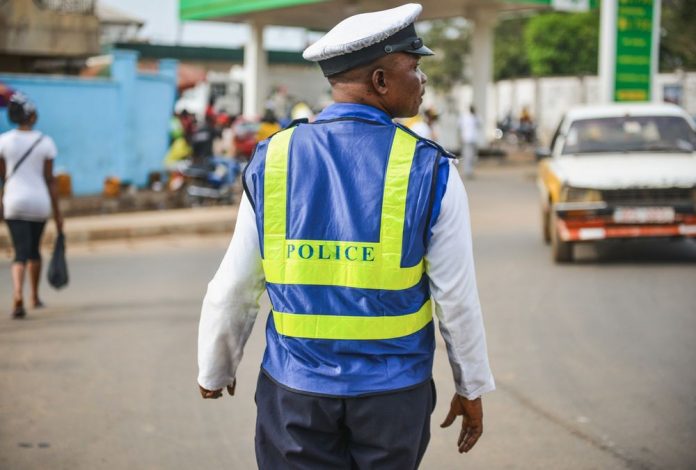 Based on information obtained over a period of time from commercial drivers across the length and breadth of the Western Area, it emerged that they have little or no respect for traffic Police Officers in particular and the country’s Force for Good in general.

What appalls them most is that traffic officers who receive salaries have become preys of drivers that they daily feed on with no effort whatsoever made by the Police command, in spite of many protests made by the affected persons to put a halt to the criminality of the men and women they send on the streets to regulate traffic and to trap road traffic offenders.

This abysmal opinion of out police force by a sizeable proportion of the population that it is supposed to serve does not augur well for trust and public confidence in the Force to protect their lives and properties, as at the same time it has serious implications for the security of the State and people.

The dismal aspect of this view of the traffic police in particular and in general the Force itself is that in many media engagements with their spokespersons, when allegations of unprofessionalism, bribery, corruption, intimidation and using the law to oppress citizens is put to them, they deny asking for evidence to be brought forward.

The evidence is not hard to find – particularly against traffic officers. Call any commercial driver in Freetown, ask him these questions: Do you book every day with traffic officers agents to enable you to run freely? Have you been ever dragged to the Police Station and charged because you refused to bribe a traffic officer?

Suggestions are many as to how this menace, which has deeply depleted the image and respect for men and women of the force for good must be addressed by the Government if we are to build strong foundations for durable peace and justice, without which the country and its people would always live in insecurity with injustice as the basis for continued lawlessness.

This Management function includes monitoring of traffic police officers, station officers, crime officers to ensure that they are fully compliant in the performance of their duties with the rules and regulations guiding them.

Most importantly we cannot afford to let the Police with so many powers at their command to operate alone without citizens fully involved in monitoring their operations. As such, how can the Police be made accountable to citizens in their fundamental role of protecting and promoting a national culture of accountability.

It should be impressed on the minds of the police leadership and all divisional, station and field commanders that building and maintaining community trust is the cornerstone of successful policing and law enforcement.

Admitted that building and maintenance of trust takes a great deal of continuous effort as most unfortunately, the ethical work of thousands of police officers doing their work honestly and diligently, local law enforcement officers are easily undone by the actions of some unethical officers whose only interest in wearing the money is how to enrich themselves even if it involves aiding and abetting criminals.