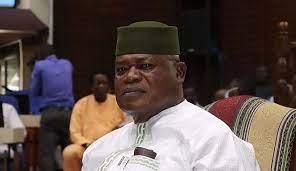 In a correspondence dated 10th May, 2022 emanating from the Minister of Finance, Dennis K. Vandi and addressed to the Ministers of Trade and Industry as well as Mines and Minerals Resources it was categorically stated that it is undoubtedly known that the current global crisis is having adverse effect on economies around the world, of which Sierra Leone is not an exception.

The Finance Minister furthered that as the world continues to proffer solutions for the on-going economic challenges, the petroleum downstream sector is adversely affected by the ensuing Russia/Ukraine crisis as Russia is one of the largest oil producing countries, supplying an estimated 53% to Sub-Saharan Africa.

He highlighted that following series of discussions with key stakeholders in the Petroleum Industry and the Mining Sector as well as with Budget Support development partners, they as a Ministry saw the need to take strategic decisions regarding the importation of petroleum products and the provision of foreign exchange to the market.

Dennis K. Vandi  pointed out that so far as the record reveals, in 2022 (Q1.2022), forex support by the Bank of Sierra Leone for the importation of petroleum products is estimated at US$24.0 million and the Bank is considering further request of over US$35.0 million.

He pointed out that despite the regular Government support to the sector by providing foreign exchange to facilitate importation of fuel, it had been realized that mining companies and other major commercial users with concessions are the largest beneficiaries.

The Minister said furthermore their records show that from January to March 2022 alone, of the total uplift of Diesel fuel of 61,545,694 liters from Oil Marketing Companies (OMC), mining companies and other commercial users the uplift was 32,539.167 (53%).

He continued that such implies that while Government provides concessions to those agencies they also enjoy non-pass through cost as they are also heavily subsidized by the meagre resources of foreign support provided by the Bank of Sierra Leone with the aim of cushioning the retail market.

The Minister said such a situation is potentially getting serious as there are evidence that mining companies are stockpiling diesel fuel constraining supply to the ordinary citizenry and small businesses.

“As a measure to curtail this adverse effect on the market, effective June 1, 2022, all companies with fuel concessions and/or are large commercial uplifters should either directly import their fuel requirement or enter into foreign currency denominated contract agreement, for which all such payments should made in the contract currency into an account of the importer in Sierra Leone,” the Finance Minister underscored.

He continued that by that measure, the Petroleum Regulatory Agency will regularly monitor the importation of fuel by mining companies and other commercial end-users for the implementation of foreign exchange- based contract with Oil Marketing Companies (OMCs).  He said that policy is effective June 2022.

The Minister mentioned that by copy of his letter, the Commissioner General, NRA is directed to ensure local uplift of fuel to commercial categories are upheld until the directive is complied with by relevant agencies.