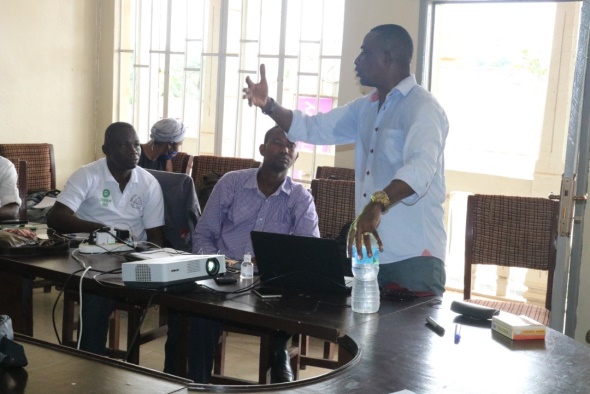 A Non-Governmental Organization known as People Power Movement Sierra Leone (PPM-SL) has with funds from FoRUT conducted a regional level training of its members and representatives from other Civil Society Organizations (CSOs) on the Anti-corruption Amended Act 2019, the National Anti-corruption Strategy 2019 – 2023 and the “Role of CSOs in the Fight against Corruption in Sierra Leone”.

The training objective was for PPM SL members and other CSOs to improve their knowledge on the national Anti-Corruption Instruments in fighting corruption in Sierra Leone.

The trainings were conducted between 8th and 15th September 2020 and targeted over 130 PPM and other CSO members across Kenema, Bo, Bombali, Port Loko and Western Area Rural districts of Sierra Leone. The trainings’ lead Facilitator was Alhassan Kargbo, the Deputy Director of Public Education and Outreach Department of the Anti-Corruption Commission (ACC).

“The training will add value to our mobilization and sensitization initiatives as CSOs will realize that corrupt offences are not only limited to one who’ receives’, but also one who ‘offers’ or ‘gives’ as the amendment increased penalties for corruption offences,” says Patrick Adu, the PPM SL Chairperson of Kenema.

Mrs. Yakoya Kamara a PPM member of Port Loko ecstatically said that the training has helped her know better about the Anti-Corruption Laws in Sierra Leone and was happy that the Amendment Act gives the ACC the powers in consultation and agreement with the Head of the National Public Procurement Authority (NPPA) to abort the signing of contracts that are not in the national interest.

The PPM SL National Coordinator Alhassan Jalloh said that one cannot give what he doesn’t have, and the trainings were geared towards empowering CSOs to understanding the powers, functions and limitations of the ACC, the Anti-Corruption Amendment Act , the National Anti- Corruption Strategy 2019 – 2023 and the Role of CSOs in fighting corruption in Sierra Leone.

Mr. Jalloh said that the Role of CSOs is to share what had been learnt in the training to others such as school children, teachers, bike riders, market traders, household heads etc to better prepare them to resist and report corruption at all time.

He elucidated on Section 128 of the Amendment which focuses on offences on academic malpractice and which also states that “a person found guilty of corrupt practice or activity organized by an examination body or educational institution shall be liable to a fine of not less than fifty million Leones or not less than 5 years imprisonment or both”.

The structure, operations and powers of the ACC were thoroughly discussed. 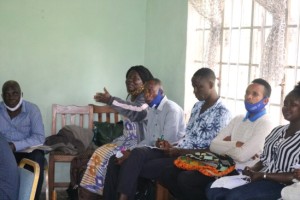