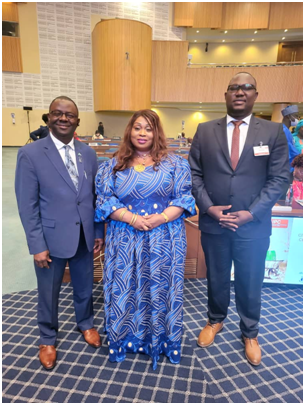 The Ninth International Policy Conference (IPC)  on the African Child seeking to look deeply into climate change as a disaster that is reversing progress made in children’s rights in Africa situate the African child within the climate crisis discourse, with the avowed objective of triggering urgent policy and action, was held in Addis Ababa, Ethiopia from the 6th to the 7thSeptember 2022.

Minister of Gender and Children’s Affairs, Manty Tarawalli, who was in attendance, after her address on the 6th September, 2022 which focused on the effects of climate change in Sierra Leone, its effects on children and the key actions taken by Government to address the problem, received  resounding round of applauses and a standing ovation from participants drawn from other Africa countries.

Such a conference, when held is expected to generate a dynamic conversation towards an African position on addressing the impact of climate change on children in Africa, was attended by various policymakers and dignitaries from Africa and the United Nations, including renowned humanitarian and activist, Ms Gracia Machel, widow of the former South African President, Nelson Mandela.

The Minister informed the gathering that there are many interventions that Sierra Leone is undertaking which includes the Free Quality Education that involves free school feeding and transportation which she stated provide children basic education, a safe haven and at least one healthy and nutritious meal.

She referenced the review of the Child Rights Act to include strengthening protection mechanisms, the development of the Disaster Management Agency, Environmental Protection Agency etc.

The Minister stated that the effects of COVID-19 and the war in Ukraine have dented many economies including the Sierra Leone economy maintaining that the funds to implement many urgent interventions to prevent the impact of climate change on children are just not available, adding that Africa accounts for 5-7% of the causes of climate change while Western Countries are the major culprits.

She pointed out that promises were made by Western countries at the Paris Summit and 90% of those promises have not been fulfilled, and that children in Africa are the worse off compared to their Western counterparts of which she therefore called for collective action from the African Union and UN Agencies.

Minister of Children’s Affairs, Manty Tarawalli also called out to countries that contribute more to climate change, noting that extreme weather events, mudslides and flashfloods are having severe impact on children in Sierra Leone of which she called on international organizations such as the UN and AU to mobilize resources to address the impact of climate change.

She further took the opportunity to present the Government of Sierra Leone’s efforts in tackling climate change mentioning Government’s efforts to increase access to education through the Free Quality Education programme, school feeding and improved policies and laws that protect children and women.

After delivering her statement, Dame Graça Machel congratulated the Minister and asked her to convey her warmest greetings and congratulations to President Julius Maada Bio. 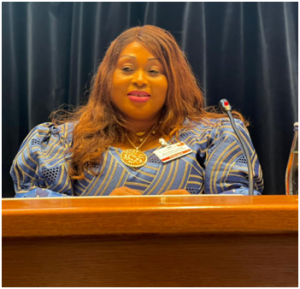 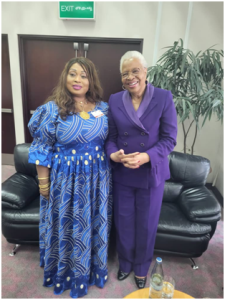