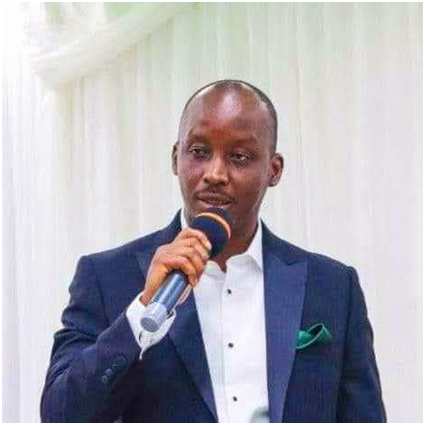 It is now a well-known fact that in the forthcoming 2023 multi-tier elections, one of the personalities that has already thrown his hat to the ring for the Freetown City Council (FCC) Mayoral Seat, under the ticket of the Sierra Leone People’s Party (SLPP), is the Chief Executive Officer of Gento Group of Company, Mohamed Gento Kamara.

From all indications, especially via the intelligence gathered so far by this medium, it is already a foregone conclusion that the next Mayor of the Freetown City Council will indisputably be Gento, as he is popularly known.

Although, politically, Freetown is deemed to be the stronghold of the main opposition All People’s Congress (APC) Party, however, with the emergence of Mohamed Gento Kamara that narrative has been changed as the love so many have manifested and demonstrated for the man of the moment and the strong belief in his capability to excel in that position has now eclipsed negative doubts as to whether he has a chance of making it through.

Hailing from a humble background, Mohamed Gento Kamara, has always remained a humble grassroots man and not that type of person whose personal successes in life will make him grow wings and alienate himself from his roots just because it is not his class.

In thick and thin he has been with the people, rendering assistances whenever possible with the objective of making others happy and see life worth living. For such a compassionate personality, who finds pleasure in lifting people out of poverty, it is definite and only a matter of time for him to always receive massive support for any just cause that he may want to advance.

If in modern times there is one thing that brings young people together then that could be sports, contextually, football, in this case. Being a football lover and a top notch official of the East End Lions Football Club, Gento has been very instrumental in providing both financial and moral supports not only to the Lions Football club but to other local football clubs in the country not  just in a bid to enhance the discipline but to also engage young people  by focusing their minds on something very productive.

The one big football family in this country, it has been established, is one of the main constituencies or support groups from which this young and developmental oriented personality draws most of his support.

We are well aware of the fact that lawlessness is rife in the city, evident in the flouting of bye-laws with reckless abandon. There have been situations when there have been bloody clashes between rival gang or clique groups with dire consequences on occasions that are meant to unite them together. Although the Police have most times stepped in to quell down violent situations, however, the fact remains that these violent situations rear their ugly head from time to time simply because there has been a love lost between the Police and some young people.

Tense situations sometimes need the intervention of certain personalities who are held in high esteem in society and looked up to as a role model , for inspiration and solace.

According to Gento, he wants to come in as Mayor in order to be the bridge that will bring young people together, take their minds away from violence and channel them into productive ventures.

If there is any time that such is needed the time is now.

“The unfortunate violent protests that took place on the 10th August, 2022 was really uncalled as it claimed the lives of Police Officers and Civilians and as someone who is totally against recourse to violence I totally condemn it as I do not want this country to relapse to war which is why I have decided to run as Mayor for the Freetown City Council,” Gento revealed adding that various strategies could be applied to make young people contribute meaningfully to development.

He said there are issues related to the youth which must be addressed assuring that they could be accomplished only if young people could be prevented from becoming vulnerable and used as puppets by unscrupulous politicians.

As to whether he stands a chance of emerging victorious under the ticket of the SLPP, Gento responded that he believes in the ideology of the party which is “One Country, One People”. He argued that despite the fact that there are various tribes existing in the country the fact still remains that we are all Sierra Leoneans.  He underscored the need to be nationalistic, push aside tribalism and embrace patriotism. “Love for one’s country must transcend tribal sentiments and development must be considered paramount in all our endeavours,” he intimated and warned against considering one tribe superior to another.

“Let us support an individual not along tribal lines but rather chose people or put them in positions of trust based on their competencies and abilities to perform and not because of the tribes they belong to,” he admonished.

According to Gento, gone are the days when Freetown was considered as only belonging to the Krios maintaining that it is now a melting pot where individuals from various tribes reside adding that democratically the country has opened up politically, devoid of one tribe having a monopoly over governance ideas or issues.

With the aim of changing the face of Freetown Gento intimated how he has prioritized sanitation as one area to be dealt with. It is the conviction that as CEO of a reputable road engineering and construction company, Mohamed Gento Kamara, has the wherewithal to make Freetown one of the cleanest cities within the sub-region. He has the ability to mobilize and motivate young people, has access to relevant equipments and has the knack for getting things done at the appropriate time.

As various support groups have surfaced, some formed along community lines, expressing their supports on printed banners placed at strategic locations, the writing is clearly seen on the wall that Mohamed Gento Kamara is the next sitting Mayor of the Freetown City Council.