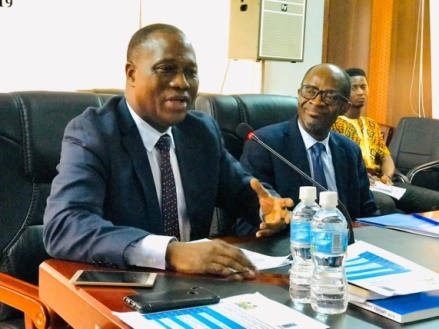 Welcoming the audience, the Acting Development Secretary, Umaru Andrew Conteh, MoPED thanked the UNDP for facilitating the launch, including other partners and stakeholders for their participation; noting that it demonstrates their commitment to improving the Human Capital Development of Sierra Leone.

Speaking to the audience, the UN Resident Coordinator, Sunil Saigal congratulated the Government of Sierra Leone and the UNDP on the launch of the Reports. He said the focus of the plan, which is to build human capital across the world was an important Indictor.

Mr. Saigal said it was important to note Sierra Leone’s improvement on the ranking of the Human Development Index 2019 from 184 to 181 out of 189 countries that were assessed. He encouraged authorities to do a close    analysis on the reasons of the ranking and identify and build on what has worked.

In his statement, Samuel Doe, the UNDP Resident Representative said this year’s global report was the first of a new generation of human development reports that aims to drive local, national and global conversation on the future of sustainable development, advancing progress on the 17 Sustainable Development Goals (SDG’s).

He said the National Report is Sierra Leone’s attempt to better understand how factors such as inequality, climate change among others can undermine a society’s resilience and what measures should the country take to reverse the trends.

“Even in the face of several human tragedies and financial resource constraints, the country has demonstrated resilience that defines a pathway to build on the country’s strengths and minimise vulnerabilities” Mr. Doe ended

In two separate presentations, first, the UNDP’s National Economist, Milton Korseh-Hindowa gave an overview of the findings and recommendations of the Global Human Development Report 2019. Whilst, the Director of Planning, Policy and Research, Dr. Sheka Bangura, MoPED elaborated on the National Human Development Report  2019, where he noted that the NHDR was informed by experiences of the Ebola crisis and the crash in the Iron Ore prices in 2014/15.

In his keynote address, the Minister of Planning and Economic Development, Dr. Francis Kai-Kai thanked the United Nations for consistently demonstrating determination to support least developed countries to transform into prosperous and advanced nations. He said both the Global and National HDR Reports 2019 are topical for Sierra Leone, and for the Government of Rtd. Brigadier Dr. Julius Maada Bio, in particular; noting that they are all crucial to the Government’s determination to transform Sierra Leone from a state  of fragility into a resilient nation, promoting sustainable development.

“We are committed to change the landscape and narrative of our poverty and human development estimates within the framework of our current Medium Term National Development Plan (2019-2023). The Government has accelerated critical steps towards achieving resilience and sustainable development. These include a renewed focus on decentralised development that prioritises rural areas and the effective coordination of delivering services to the people”, the Minister said

Simultaneously launching the Global and Sierra Leone’s 4th National Human Development Reports 2019, the Minister registered his confidence that going forward, Sierra Leone will do better in developing credible statistical systems and also the implementation  of the MTNDP (2019-2023).

Other dignitaries in attendance included the Deputy Minister of Planning and Economic Development, Dr. Robert Chakanda, the Statistician-General, Prof. Osman Sankoh, the Deputy UN Resident Coordinator, Rokya Yedieng among many others. 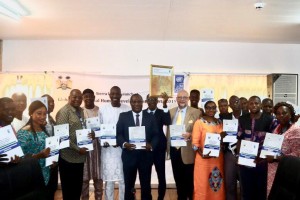