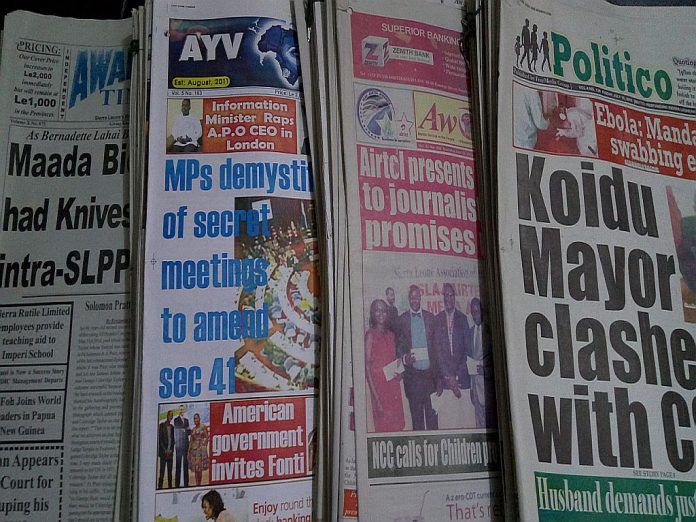 A press release issued on 18th May, 2020 by the Guild of Newspaper Editors (SL) states that it is deeply concerned over the content of a press release dated 15th May, 2020 issued by the Clerk of Parliament setting eligibility criteria for journalists who wish to be accredited to report parliamentary proceedings.

According to the Guild of Editors, ‘the release demands that the following documents will be required of every journalist wishing to be accredited by the Parliamentary Media Accreditation Committee:- CV and photocopies of relevant documents;- Academic qualification of at least a diploma in Mass Communication/Journalism or any other discipline from a recognized University/College;- Media practitioner for at least a period of two years; – Photocopy of a valid operational license granted by the IMC;- in addition to being a member of SLAJ or having practiced for several years is an advantage;

According to the release, ‘While the Guild understands the need for credible and accurate reporting of parliamentary proceedings, we note that setting out such eligibility criteria for journalists is tantamount to an unjustified restriction of their access to parliamentary  proceedings.’

It added: ‘There are journalistic associations such as the Guild of Newspaper Editors, the Sierra Leone Reporters Union, the Parliamentary Press Gallery, and the Sierra Leone Association of Journalists which assist in regulating the conduct and practice of journalists in Sierra Leone. There is also the Independent Media Commission, a body set up by an Act of Parliament, to regulate the media.’

The Guild of Editors’ press release added that, ‘Additionally, we wish to draw the attention of the Clerk of Parliament to Section 25 (1) of the 1991 constitution of Sierra Leone, which states as follows: “Except with his own consent, no person shall be hindered in the enjoyment of his freedom of expression, and for the purpose of this section, the said freedom includes the freedom to hold opinion and to receive and impart ideas and information without interference, freedom from interference with his correspondence…”

The release went on to state that ‘the 1948 Universal Declaration of Human Rights to which Sierra Leone is a signatory and many other international human rights instruments guarantee citizens’ right to hold their government to account.’

It maintained that ‘it is our considered position, therefore, that the eligibility criteria set out by the Clerk of Parliament should be the sole function of SLAJ or any of the professional bodies regulating journalists in Sierra  Leone.

‘Consequently, the Guild of Newspaper Editors views the latest request by Parliament as a form of censorship and a calculated attempt to muzzle free and independent press in Sierra Leone. The Guild of Newspaper Editors, therefore, calls for an immediate review of the eligibility criteria set out in the aforementioned press release with the view to granting journalists an unfettered access to parliamentary proceedings.’

– Provide a forum for sharing ideas and experiences that are critical in and for the media.’