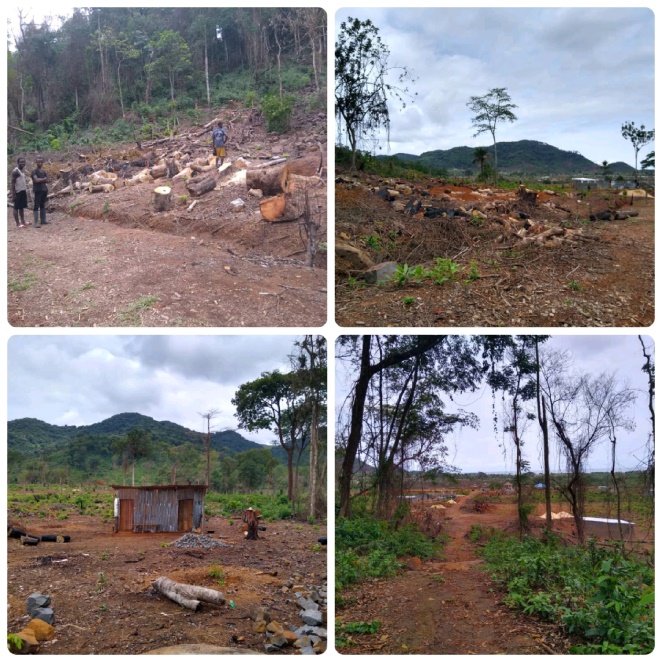 During the launch, he said the project is aimed at planting 5 million trees across the country between now and June 2024. President Bio said that the National Tree Planting Project will benefit the Health, Water and Agriculture sectors amongst others.

However, the Guma Valley Water Company is worried at the rampant spate of deforestation ongoing at the Guma Dam Trail at the No. 2 River Community, which has the tendency to expose the Guma Dam which supplies over 90% of potable water to Freetown to severe climate change impacts.

In January this year, the Management of Guma as it has been doing for over two decades now; again brought the issue of deforestation to the attention of the Government. This led to the setting up of an Inter-Ministerial Committee comprising Ministries of Environment, Water Resources, Lands, EPA, NWRMA, NPPA, etc, to come up with resolutions for the attention of Government.

Several meetings have been held and water catchment sites visited by the Committee to get first hand information on the situation; despite these efforts, the deforestation of the Western Area Peninsular Forest continues unabated and is getting worse by the day.

In 2016, when Freetown last experienced an acute water crisis, the Ministry of Agriculture in collaboration with the Environmental Protection Agency and other line stakeholders facilitated the planting of 18,000 hectares of trees at Mile 13 to commemorate World Tree Planting Day.

At that ceremony, speaker after speaker underscored the importance of tree planting so as to prevent water shortage in Freetown and the rest of the country. The coined Krio theme for the 2016 event was: “Plant Tik For Get Wata”.

The Management of Guma Valley Water Company is therefore calling on the Government to take a critical look at the deforestation menace around the Guma Dam at Mile 13 as it poses a serious threat to water supply to Freetown.