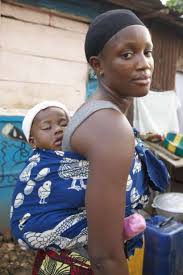 Investigations mounted by this writer have revealed that most of the sexual violence perpetrated by unscrupulous men is as a result of the socio-economic situation of the victims. The economic dire strait in which the country finds itself has resulted in an increase in the poverty level of citizens and this has sent many females looking for help from all quarters and men have taken advantage of their situation to forcefully and sexually abuse them. The perpetrators have normally been the victim’s friend, class mates, neighbors, co-workers or relatives that they are very familiar with.

It has been discovered that as the number of women seeking help continues to increase, orchestrated by the economic situation in the country, sexual violence also increased as many people take advantage of the situation of these vulnerable girls and women. This situation is rife in rural settings, where the level of poverty is very high. Women living in disadvantaged communities are twice likely to be the victims of such abuse. Parents often send their girls to relatives, family friends or neighbors for help, in the hope that sympathy may be extended to them as the kids do the requesting. Unfortunately, the men see this as an opportunity to exploit the kids and this often results in sexual abuse of those kids.

Many advocates have continued to ring the bell as it is killing most of the girls in the nation, because they are economically bankrupt and unable to afford their day to day livelihood.

There is the need for us to lay the foundation to protect the women of this nation, if they can be given jobs they will be able to support their families and even the communities that they live in and contribute meaningfully to the development of the country.

Although the Family Support Unit of the Sierra Leone Police is not capacitated with all that they need to ensure successful investigations and prosecution of sexual violence, they have been seen as very active in their duty and it is hoped that the necessary forensic equipment is procured and the laboratory established to obtain conviction as it is the main and reliable evidence that can tie the suspect to the case and further ease the work of all parties in the investigation and prosecution of such matters.